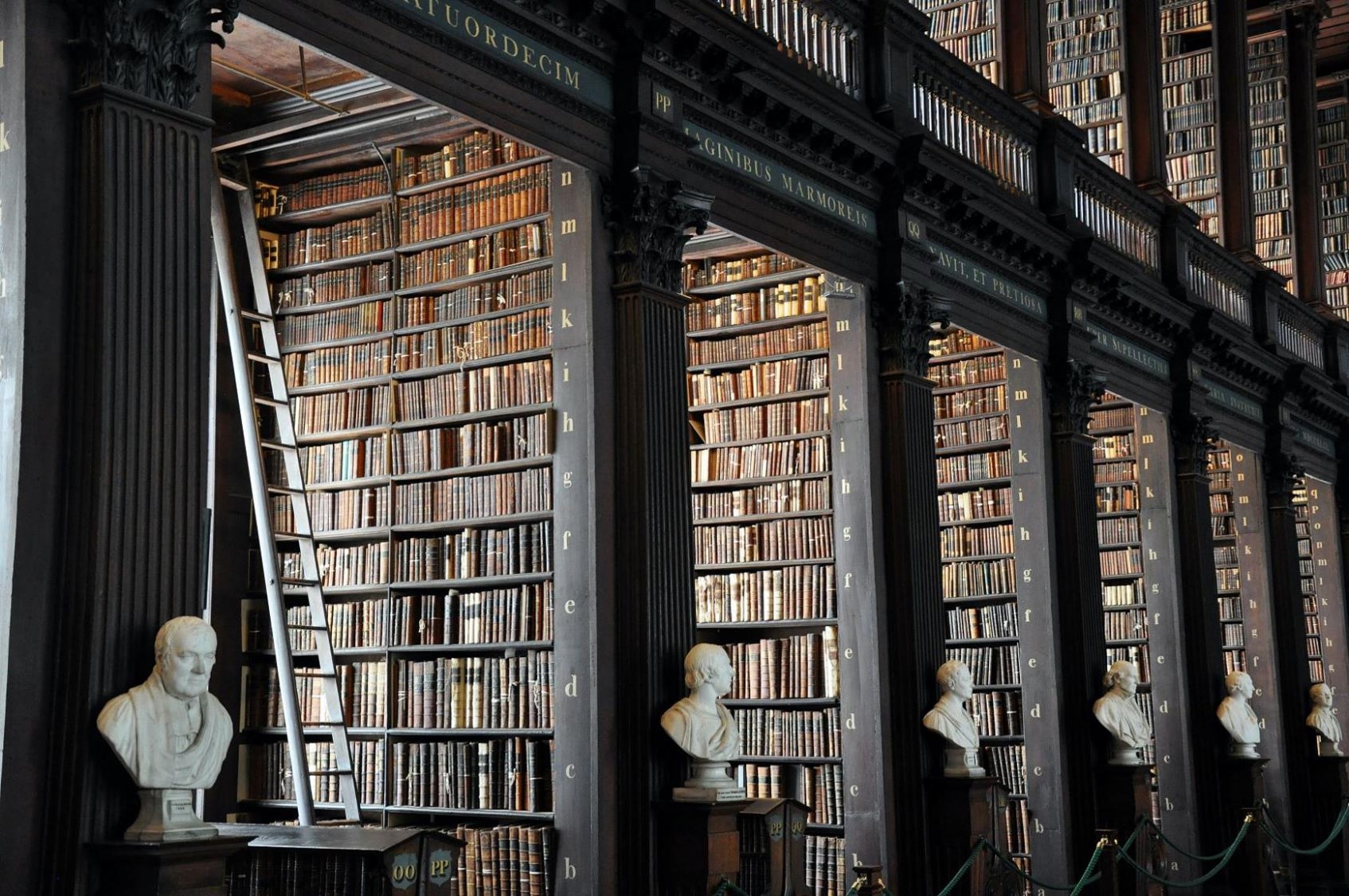 Literature is an integral part to many of the itineraries we at Adams & Butler create. We often incorporate opportunities for clients to learn more about a favourite writer or possibly a period in time that has produced great literary works. During Episode 3 of our Chronicles of Ireland Webinar series, we focused in on the Literature of Ireland, past and present. During this wonderful episode we had the pleasure of hearing four literary specialists speak on their areas of interest, as well as learning about their offerings which will enhance any literary enthusiast’s time in Ireland. Ireland has a rich literary heritage and it is through this webinar as well as this sample itinerary that we hope to highlight a handful of the vast literary experiences on offer in Ireland.

We heard from Turtle Bunbury, the younger son of Lord Rathdonnell and a best-selling author and historian based in Ireland. His books include the Vanishing Ireland Series, Sporting Legends of Ireland, The Irish Pub and Living in Sri Lanka. He was curator of the first ever History Festival of Ireland in June 2012 and is the presenter on the Genealogy Roadshow, an ongoing TV series which first aired on Ireland’s RTE1 television channel in 2011. In the 1990s he studied law and modern history at the University of Groningen in the Netherlands and Trinity College Dublin and was then a journalist for several years on the ‘South China Morning Post’ and in Cambodia.

Turtle is infatuated with history, which forms the basis of most literature. Spending time with Turtle provides a tremendous perspective of Ireland’s somewhat unbelievably complicated but fascinating past. He speaks greatly on how history is largely about human nature, the human experience and seeing how people have overcome challenges in the past. One project of Turtle’s is the Vanishing Ireland Project. This is an ongoing project he has been working on now for 20 years and during which they have interviewed around 300 people between the ages of 70 and 108, who have all helped us to gain a better understanding of the old Ireland, a world which is always fading fast. There is certainly no shortage of topics to delve into when it comes to Irish history and literature, and who better to provide a great insight into some of these topics than Turtle.

We spoke to Simon O’Connor, the director of the new Museum of Literature Ireland, also known as MoLI for short. Simon provided a great insight into some of their current and upcoming exhibitions, as well as the many events they hold throughout the year. Only having opened in September 2019, this is a wonderful new museum to discover, located in the heart of Dublin city on St Stephen’s Green. MoLI is made up of a beautiful collection of buildings, originally home to the largest university of Ireland, University College Dublin. The buildings themselves are gorgeous Georgian period houses, within which a huge number of Irish writers studied. One of the most famous being James Joyce, who graduated there in 1902. Tour through the museum and you will see lots of notebooks and scraps of paper which Joyce wrote upon. Simon reflected on the unromantic nature of these messy pieces of writing as many might have expected beautiful leather-bound writing books to have been the choice of such a renowned writer of his time. Visitors can also enjoy the museums garden, where many choose to be photographed beside what is known as the Joyce Tree, which is where Joyce was photographed on his graduation day.

Dublin has been described as a literary campus, which we feel is a very fitting description. As well as MoLI, the city is full of literary exhibitions and places to visit with many literary links, such as the National Library and Sweny’s Pharmacy, a wonderfully eccentric Joycean chemist where you can enjoy readings every day. Bookshops were able to remain open throughout most of this year even with the many levels of restrictions we have seen, and this fact shows the importance of literature to us as a country.

Ireland has a great number of unique literary festivals that run throughout each year. These give visitors an intimate access to contemporary Irish writers, as well as opportunities to discuss great writers of the past also. Simon also spoke about how Dublin is regarded as one of the most literary cities in the world, having a host of Nobel Prize Winners for Literature and was one of the earliest UNESCO Cities of Literature. Every year the city comes together for the Dublin One City One Book Festival, during which we celebrate a single book by reading it together. Another show of the importance of literature to Irish people today. Looking ahead to 2022, it will be the centenary year of the publication of Ulysses and MoLI is planning a great programme of events to commemorate this. There is also sure to be a vast celebration of Irish literature throughout the year, making it a great time to plan to visit for any literary lovers.

MoLI offers all the opportunity to immerse in Irish storytelling across the centuries, trace in the footsteps of great Irish writers past and present and enjoy changing exhibitions such as a look at the connections between Irish literature and international cities.

One of the best ways to learn more about Irish literature is to spend time with a specialist. One of our top guides Pat Liddy, is not only a literary specialist but also an Artist, Writer, Historian and a Dublin and Jewish History Specialist. Often, we include a private walking tour of Dublin with Pat for clients. These can be more general to provide a great introduction to Ireland and our history or they can be tailored to focus on a particular interest or writer such as one of our greats; Yeats, Wilde, Joyce, Bram Stoker, George Bernard Shaw or maybe them all! Pat is an expert at creating a clear picture of times past so that you can walk the streets of Dublin that many renowned writers and people of note also once walked.

Lastly, we heard from Damien Brennan, a Yeats Scholar and Lecturer. Damien himself has deep routes in the Yeats Country, living on the farm in Sligo which has been in his own family since 1824. The Yeats Country is centered on the town of Sligo, a literary town of which William Butler Yeats is at the heart of. He was the first Irish man to win the Nobel Prize of Literature in 1923 and has a strong connection with Sligo where his mother’s family was from. Sligo formed a great amount of his early poetry, much of which is still intact and is seen as invaluable to get a sense of the Yeats Country. When touring the Yeats Country with Damien you will also learn about the siblings of W.B Yeats, Jack Butler Yeats an important impressionist painter, as well as their sisters, Lily and Lolly. Often clients will enjoy a private lunch or dinner with Damien in his own home. These can be small and intimate, or they can be larger gatherings including other locals which can bring another fascinating dimension to the dinner party.

There are countless literary connections throughout Ireland, so no matter what area you find yourself in you can be sure to meet fascinating people, hear their stories and step back into times gone by when others where producing pieces of work, now renowned across the world. Should you wish to visit Ireland and incorporate any literary experiences into your time here, we at Adams & Butler would be delighted to create a bespoke itinerary for you.