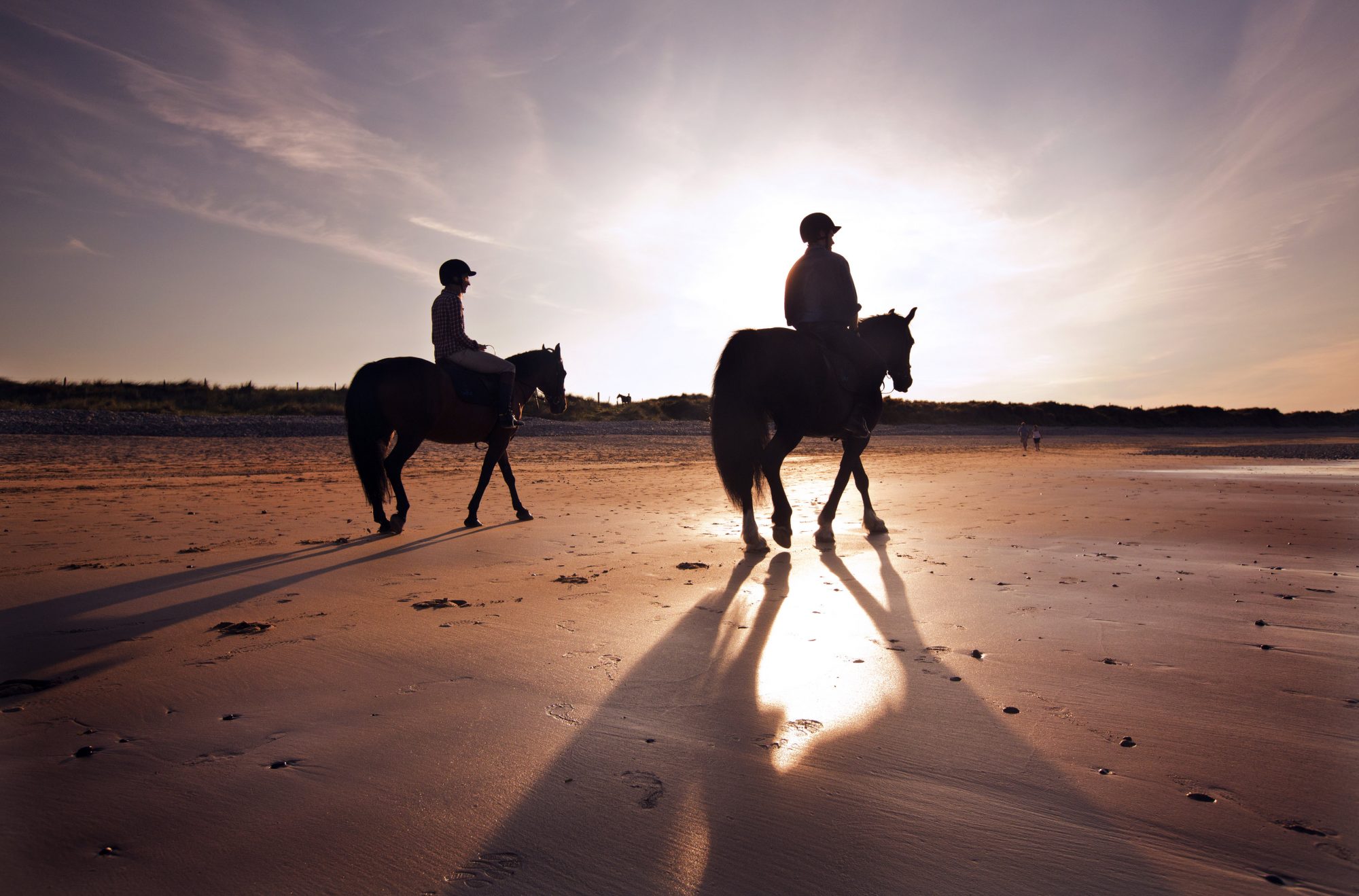 There are fewer better ways to truly experience Ireland’s magnificent landscapes than on horseback.

Option to personalise your itinerary to match your personal preferences and incorporate an internationally acclaimed festival such as the Galway Races or Ballinasloe Horse Fair.

Horses have played an important role in the folklore and tradition of Ireland down through the years and Irish horses and ponies are known throughout the world for their speed, strength and beauty. So, what better way to experience the magnificence of Ireland’s landscape than on horseback? The perfect programme for those wishing to be closer to nature and see Ireland from a different perspective.

Arrive into Dublin airport and enjoy a private transfer to County Monaghan for your Castle stay. Jump straight into your first experience, visiting the Equestrian Centre where you will meet the horses and speak to the trainers. In the afternoon, go on your first ride to explore the area. 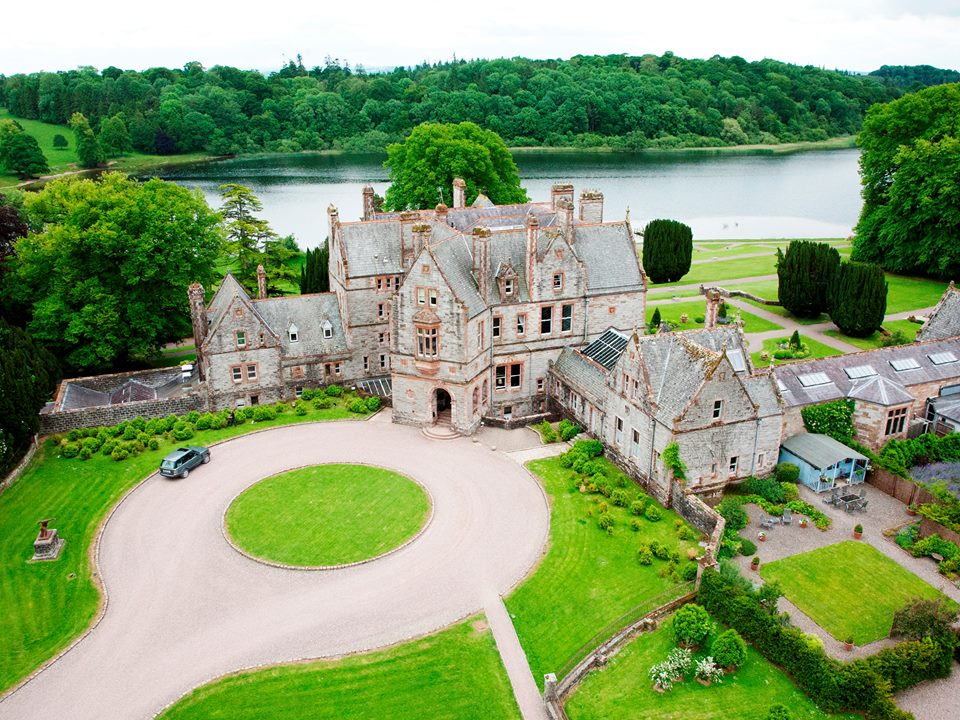 Castle Leslie Estate in County Monaghan is nestled on 1,000 acres of undulating Irish countryside, dotted with ancient woodland and glittering lakes. It is one of the last great Irish castle estates still in the hands of its founding family. The estate is home to some of the most unique and enchanting accommodation on one of Ireland’s most breath-taking estates.
The Castle, rich in unspoilt rural splendor and breathtaking artifacts, offers complete respite from the rest of the world. A haven of tranquility, you won’t find televisions, radios or minibars within the bedrooms. The Castle features twenty unique bedrooms and bathrooms.

The Lodge offers a completely different experience to that of the castle. Complete with 29 rooms – each of which remain true to the building’s original structure – and buzzing with activity, there is plenty to keep yourself occupied at the boutique, country house style Lodge.

Meet your instructor this morning and discuss your interests, experience level and preferences. You can incorporate a mix of show jumping, cross country, dressage & estate rides in your daily activities. Take this afternoon at leisure on the Estate, enjoy a walk on the grounds or relax at the Spa (treatments not included and must be pre-booked to avoid disappointment).

Take a day trip to Belfast with a private guide. Learn about the Troubles, see the Murals, and visit the Titanic Experience. This thriving city is divided into four quarters: the Gaeltacht Quarter, the Cathedral Quarter, the Queen’s Quarter and the Titanic Quarter. Each quarter has its own defining characteristics, but the one thing that unifies them is the people and their charismatic nature and welcoming charm. Lots of experiences here to see, visit and learn.

Enjoy an early morning ride before check out. Depart your hotel before lunch and drive to Kilkenny where you will be based for the next few days. On your way, visit the Irish National Stud farm for a private experience and lunch. The Irish National Stud and Gardens symbolises all that is great about County Kildare, the beating heart of Ireland’s thoroughbred horse history. It is the home of equine royalty, immaculately bred stallions who can be seen and admired alongside protective mares, frolicking foals and athletic yearlings. 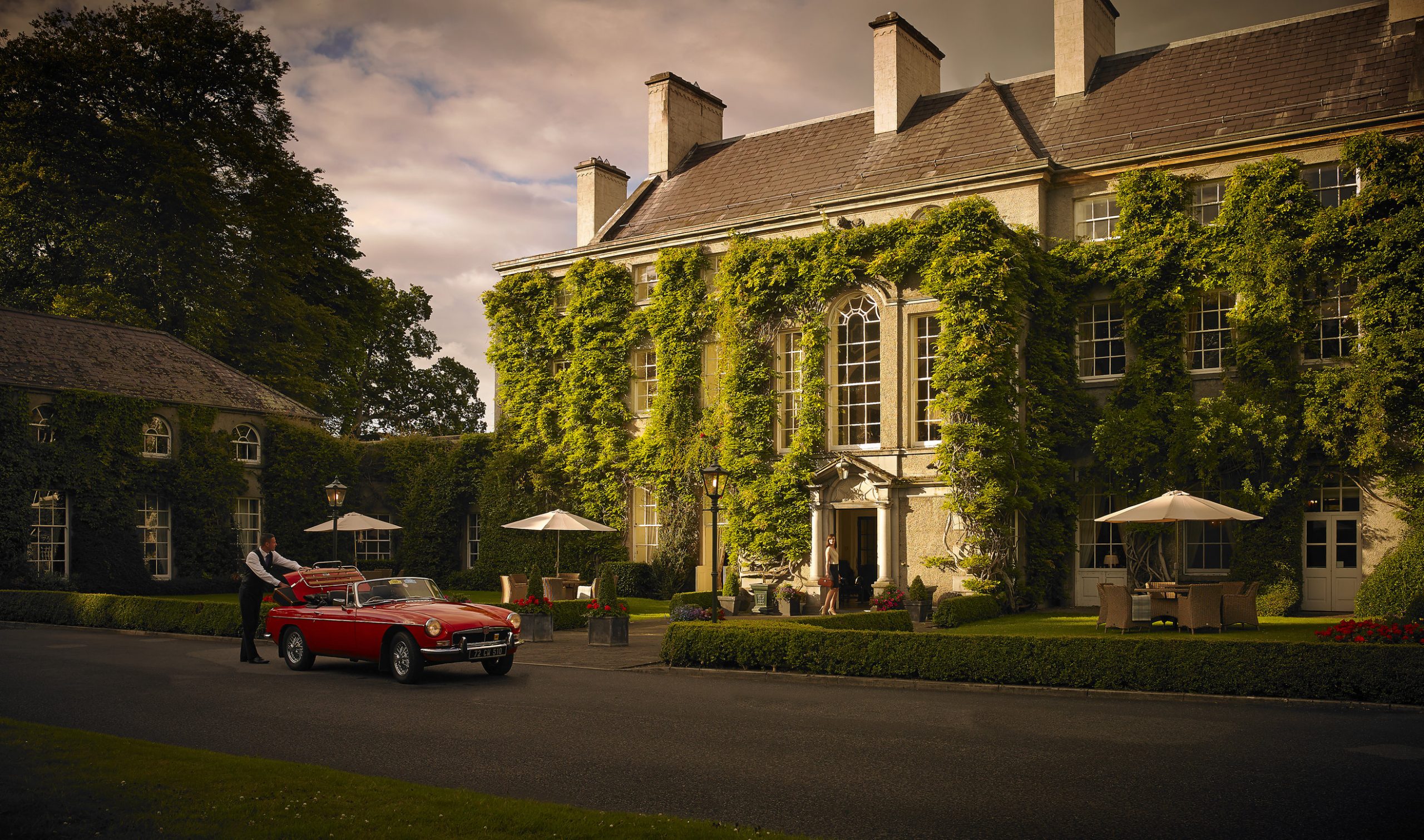 Mount Juliet is Ireland’s leading country estate and one of the most luxurious Hotels in Kilkenny. Priding themselves on our family culture, whilst maintaining our 5 star service and hospitality for which Mount Juliet is internationally renowned. Mount Juliet Estate was recently ranked in the Top 20 Hotels and Resorts in Europe by Condé Nast Traveller.
Mount Juliet was designed during the Georgian era, so you’ll find the rooms as bright and as generously proportioned, as they are luxurious. Each individually decorated room is equipped with the latest technology and conveniences. Bedrooms in the main house have period decor with all the comfort of modern facilities. There is also ideal family accommodation in the two bedroomed Rose Garden Lodges. Mount Juliet is highly respected as a golfing destination, and considerable investment has gone into upgrading the golf course, which now offers an 18-hole putting course in addition to the Jack Nicklaus-designed championship course. Mount Juliet is also a beautiful location for events & weddings.

You can feel the 400 years of equestrian history at Mount Juliet in every open stretch, every expansive pasture and secluded trail, every set of FEI show jumps. Whether you’re an experienced rider wanting to emulate the very own Lady Helen McCalmont, who would fly fearlessly and thunderously around the estate, or you’re a complete beginner looking to experience an affinity with these magnificent animals for the first time: a wide range of horses are ready and waiting at their Equestrian Centre.

Today enjoy trekking and trail-riding. Explore Mount Juliet’s exhilarating cross-country course and miles of bridal ways which sprawl out into the surrounding pastures, parkland and pastures both within and beyond the estate. Alternative option to visit some of the private Estates nearby, meet the owners and learn more about equestrian Ireland.

The Garden of Ireland

Depart Kilkenny and head to Dublin where you will be spending your last days. On the way, drive through beautiful Co Wicklow, known as the Garden of Ireland, and go for a special horseback ride. Take this evening at leisure. 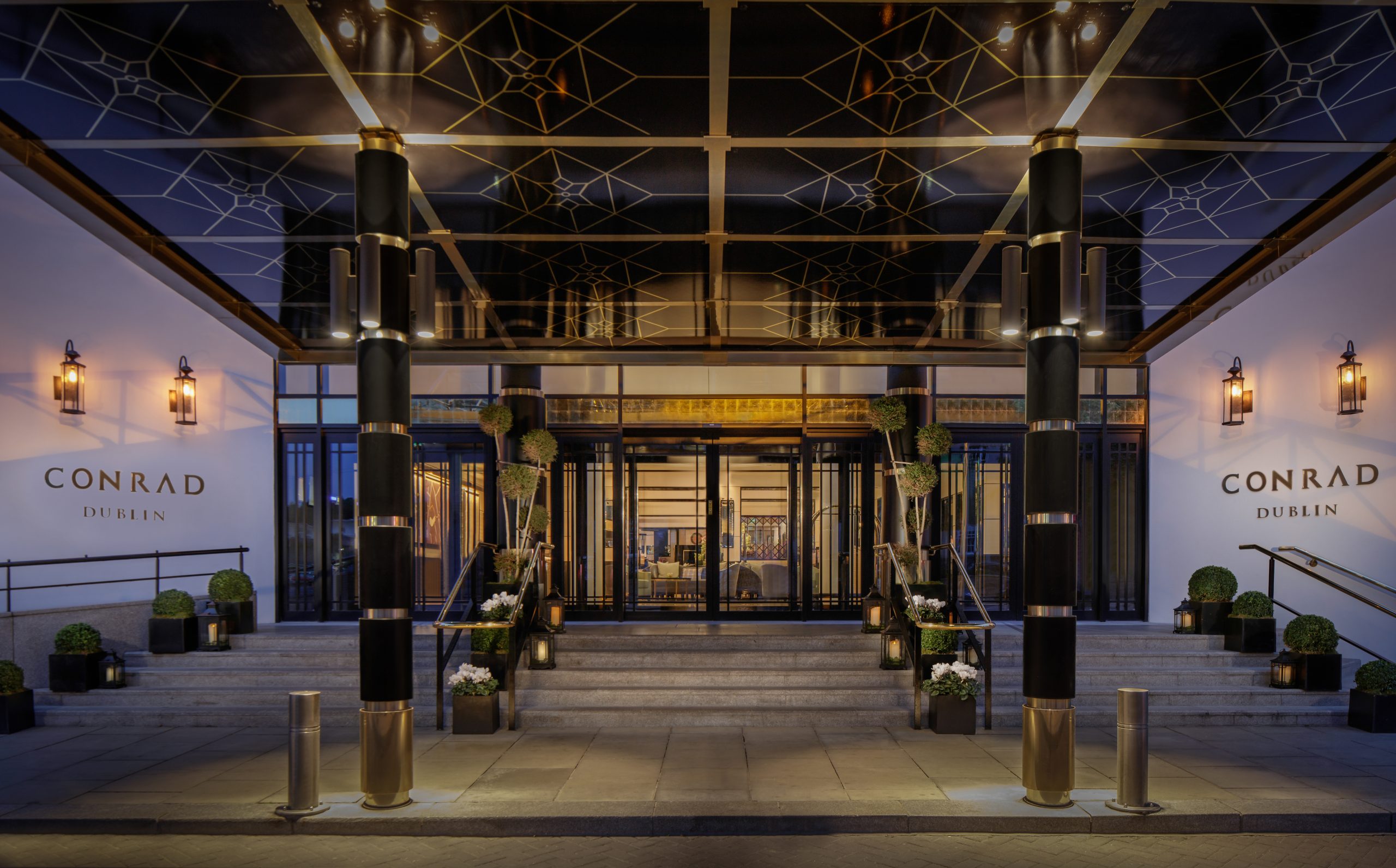 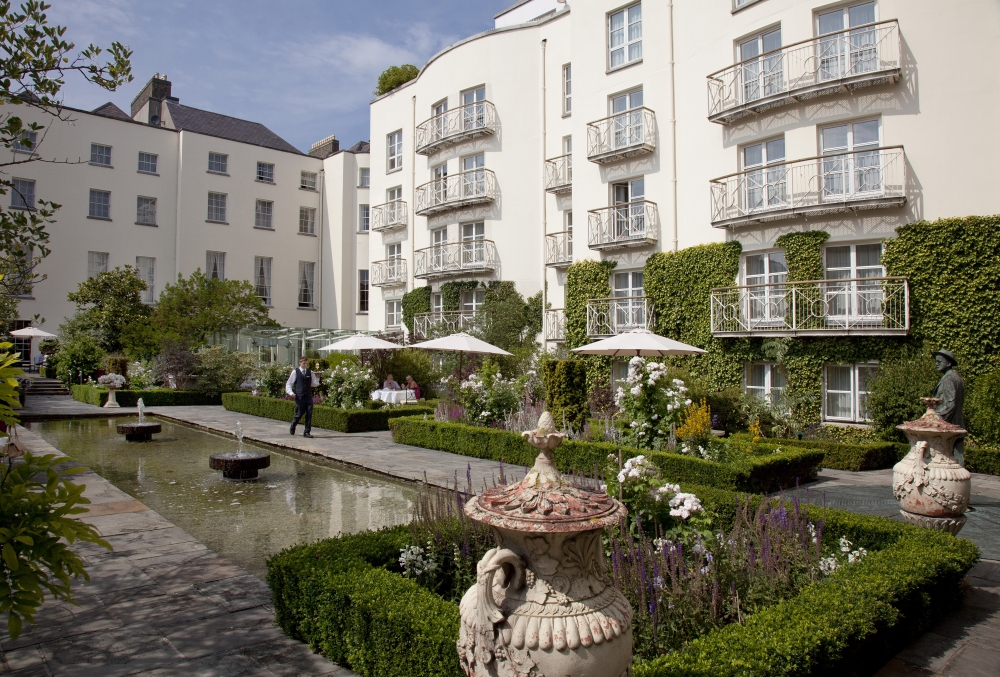 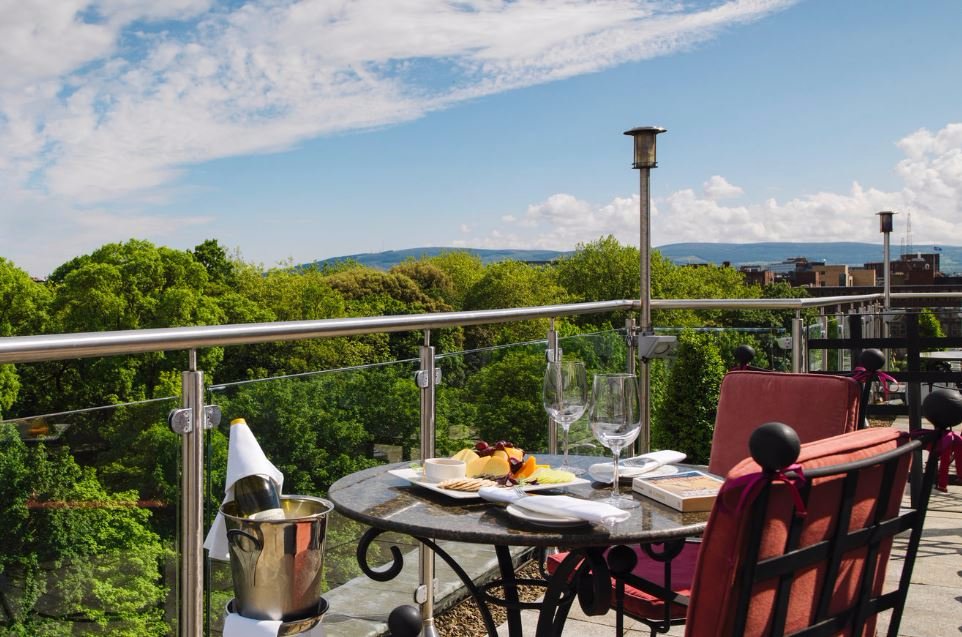 Dublin’s rich literary heritage blends with modern design at the Conrad Dublin overlooking The National Concert Hall. The wandering paths of St. Stephen’s Green are just moments away.
The recent refurbishment of Conrad Dublin took its inspiration from the charm and hospitality of this iconic city.
Heavily inspired and influenced by Dublin’s rich literary culture and heritage, Conrad Dublin features 192 beautifully refurbished guest rooms and suites.
Speaking about the property’s bedrooms, Martin Mangan said; “Having worked extensively with our designers, Fabled Studios, the 192 guest rooms have been revamped with beautiful fabrics, a subtle colour palette of greens and greys, natural oak flooring and finishes such as Herringbone wool carpets and wood panelling on the walls. The result is a restful sanctuary and we think that guests will love the new-look bedrooms and indeed, the entire hotel transformation that so tastefully reflects Ireland’s rich cultural heritage.”

The Merrion, Dublin’s most stylish five-star hotel, is set in the city center. Housed in four Georgian townhouses and a contemporary Garden Wing, its bedrooms and suites surround two 18th-century-style gardens. Stunningly restored interiors provide the perfect backdrop for one of Ireland’s most impressive private art collections. Choose from three dining options: Restaurant Patrick Guilbaud (Ireland’s only two-Michelin-starred restaurant), The Garden Room restaurant, and The Cellar Bar. Art Afternoon Tea service is available in the gracious Georgian drawing rooms. Indulge in a massage or facial in the new Merrion Spa & Health Club.

A home-from-home that oozes style and charm and a warm welcome, always. A boutique luxury escape in the very heart of everything.
The Fitzwilliam Hotel, is located in the heart of the city of Dublin. Experience the best of both worlds when staying at this chic haven, to one side the tranquillity and calm of St Stephen’s Green and to the other, Grafton Street, Dublin’s finest shopping avenue. From its convenient central location, in amongst this buzzing vibrant city it is just moments away to explore the leading cultural, historical and leisure attractions. Or just step out to the chic shopping, high energy bars, fine dining restaurants and chattering Cafes.

Enjoy a private walking tour this morning to get your bearings around Dublin city. In the afternoon, visit the Guinness Storehouse and enjoy a special Connoisseur Experience to become a complete Guinness Expert.

Enjoy a private transfer to Dublin Airport and board your flight home. Departure.

Why not time your visit to the internationally acclaimed festivals such as the Galway Races or Ballinasloe Horse Fair.

Visit Galway, famous for the Galway Horse Races on first week of August every year, when the whole of the country decamps to Galway for the Summer Festival and again but to a lesser extent in October.

The Garden of Ireland

Sustainable and Conscientious Travel in Ireland

Irish Chronicles: Golfing in Ireland - Discovering the Iconic and Unknown