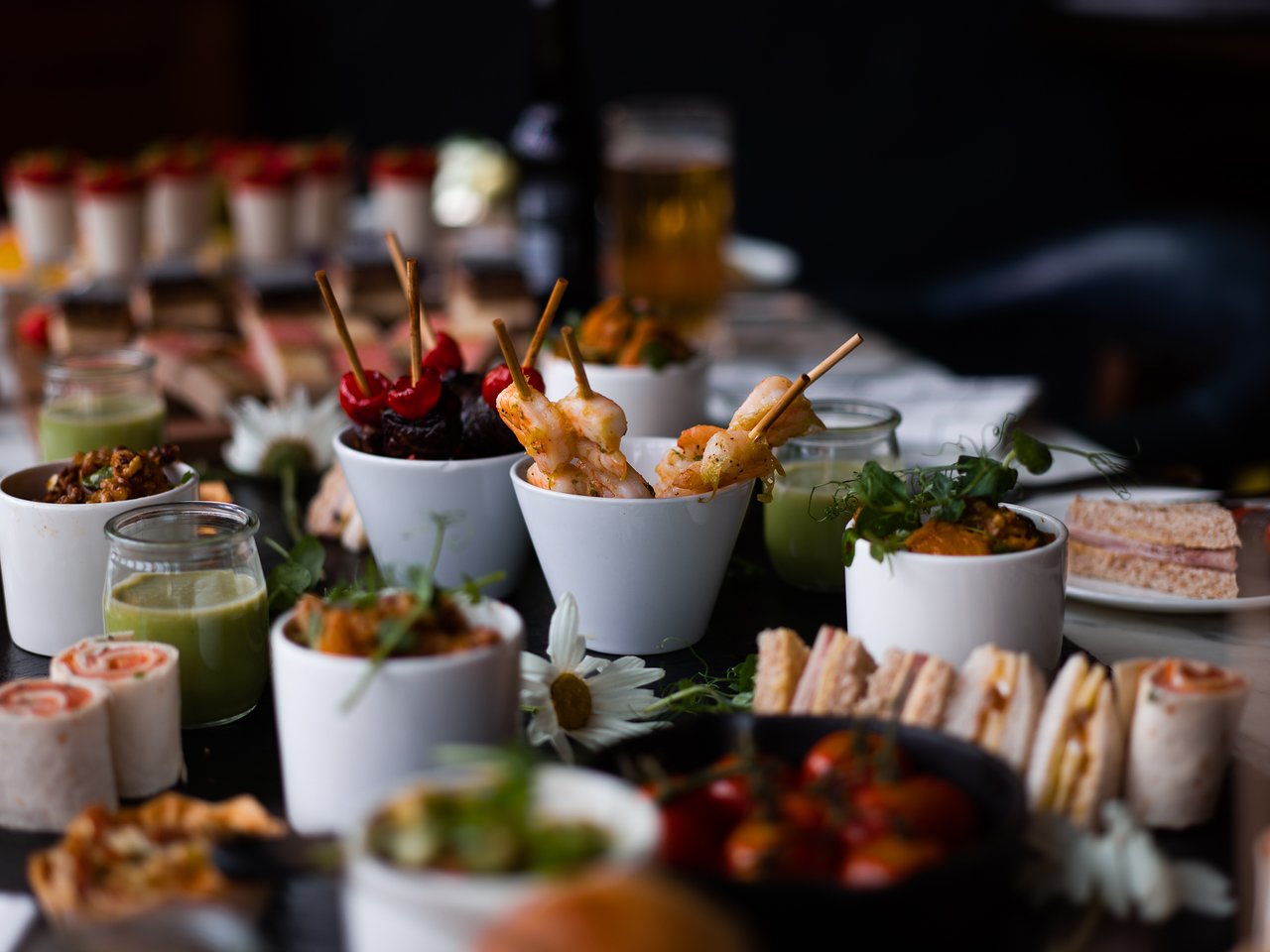 Upgrade your English culinary tour combining it with an extension to our culinary itineraries in Ireland or Scotland!

Welcome to England! Upon your arrival into Heathrow airport, be met by your chauffeur for a comfortable transfer to your hotel. After check in, take some time to settle in, unwind, relax and acclimatize. For the sunset, make your way with your driver to The Shard, where you will take in the views of the English Capital while enjoying a glass of champagne. Located 800ft above the ground, The View from The Shard is the highest viewing platform in the city and is the only place to see London all at once. The viewing galleries on Level 69 and the open-air Skydeck on Level 72 provide spectacular 360° views of London and beyond. After taking in the breathtaking views, you will experience contemporary British dishes using the finest seasonal ingredients in the famous Aqua Shard Restaurant. 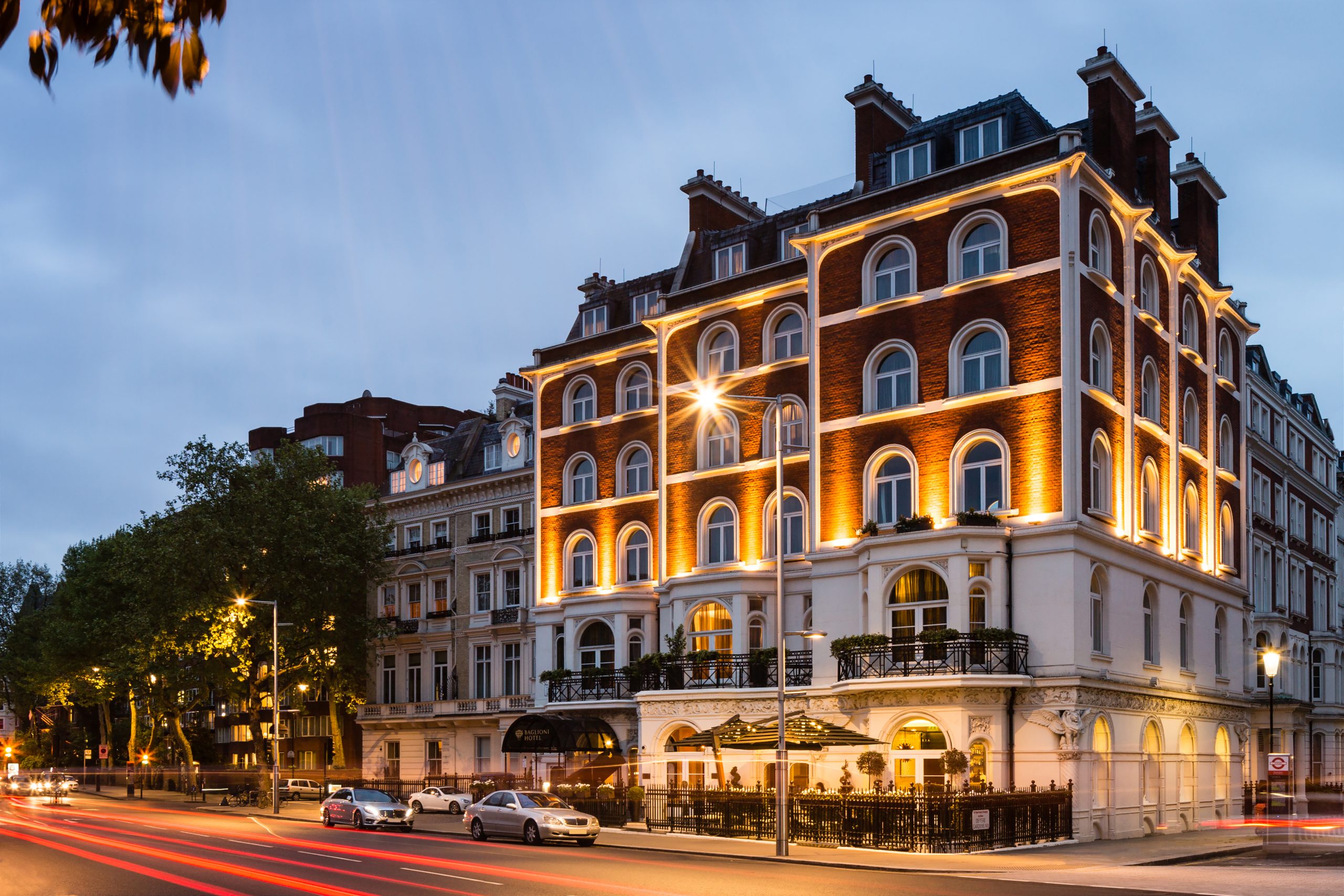 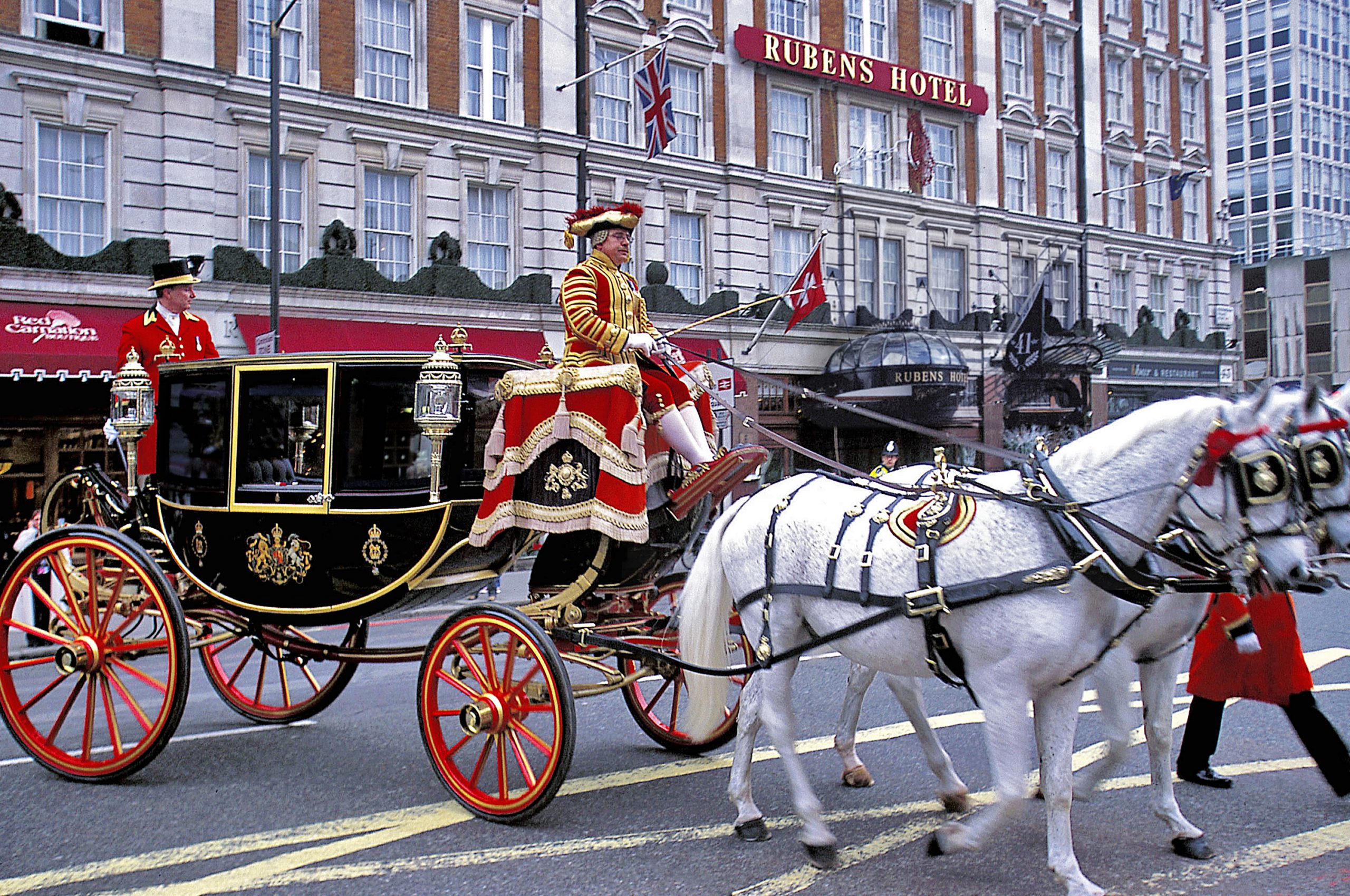 The Rubens at the Palace

Contemporary chic and glamorous, Baglioni Hotel offers the ultimate Italian experience in the heart of London. Located opposite Hyde Park and overlooking Kensington Gardens, the hotel offers an exclusive location close to The Royal Albert Hall, Harrods and Knights-bridge. The property embodies a warmth and attention to detail typical of the Italian lifestyle and aims to be a second home for guests, with the charm and tranquillity of a private residence facing out onto the park.
Baglioni hotel has 68 rooms, with 53 suites, including executive suites and two presidential suites. The hotel contains Italian furnishing and has a fountain, stone floors and large gold vases.

The Rubens at the Palace

Located in the heart of London, opposite The Royal Mews of Buckingham Palace, The Rubens at the Palace is the perfect base for exploring the famous attractions of London. This historic hotel has been fully renovated and offers a host of restaurants and bars.
Guests can enjoy live music in the New York Bar, a Royal Afternoon Tea in the Palace Lounge, delicious cuisine in The English Grill and authentic flavours in The Curry Room.

This morning meet your guide in the lobby of your hotel who will take you on a tour of London exploring the English capital’s iconic sites such as Buckingham Palace, The Houses of Parliament & Big Ben, and Westminster Abbey. Once finished exploring the capital, your tour guide will bring you to the Borough Market. Where you will meet one of London’s top food guides for a private tour of ‘A Taste of Borough Market’. With your guide discover the secrets and delights of London’s oldest and most renowned food market. Explore the huge range of exceptional British and international produce available and learn all the fascinating facts about the Market’s rich history.

Today you will continue exploring London’s top food markets with an expert local food guide. Portobello Road is known as one of the funkiest street markets in London, but few are aware of the inspiring culinary secrets peppered throughout this famous neighborhood. Enjoy learning about the local products with a private Gastrotour. You’ll taste your way around the area, with authentic Italian and Spanish treats such as fine hams, cheeses and olives, and samples from artisan market stalls. You’ll be unearthing culinary treasures including exotic spices, luxurious sweet treats, cookbooks and tableware, plus enjoying a Britain vs. France cheese experience with wine. The day concludes with a special tasting and demonstration in the kitchen of a unique chocolate boutique. After this wonderful foodie experience, you will enjoy a private wine tasting in one of London’s most iconic royal wine merchants historic wine cellars. This family business has more than 300 years experience operating out of the same building in London.

Depart London today and travel to the picturesque Cotswolds villages, where you will stay for the next two nights. Upon your arrival, take some time to freshen up and why not, to explore the beautiful grounds of your hotel.

This afternoon, experience the English tradition of Afternoon Tea. Dating back to the 1830s, the origins of Afternoon Tea are found when the Duchess of Bedford was unable to stand the time between luncheon and dinner. As it was fashionable to take such meals later and later, she invited her friends to join her for a cup of tea and some light refreshments. Almost 200 years later, this tradition remains as loved and revered as when it was first created. 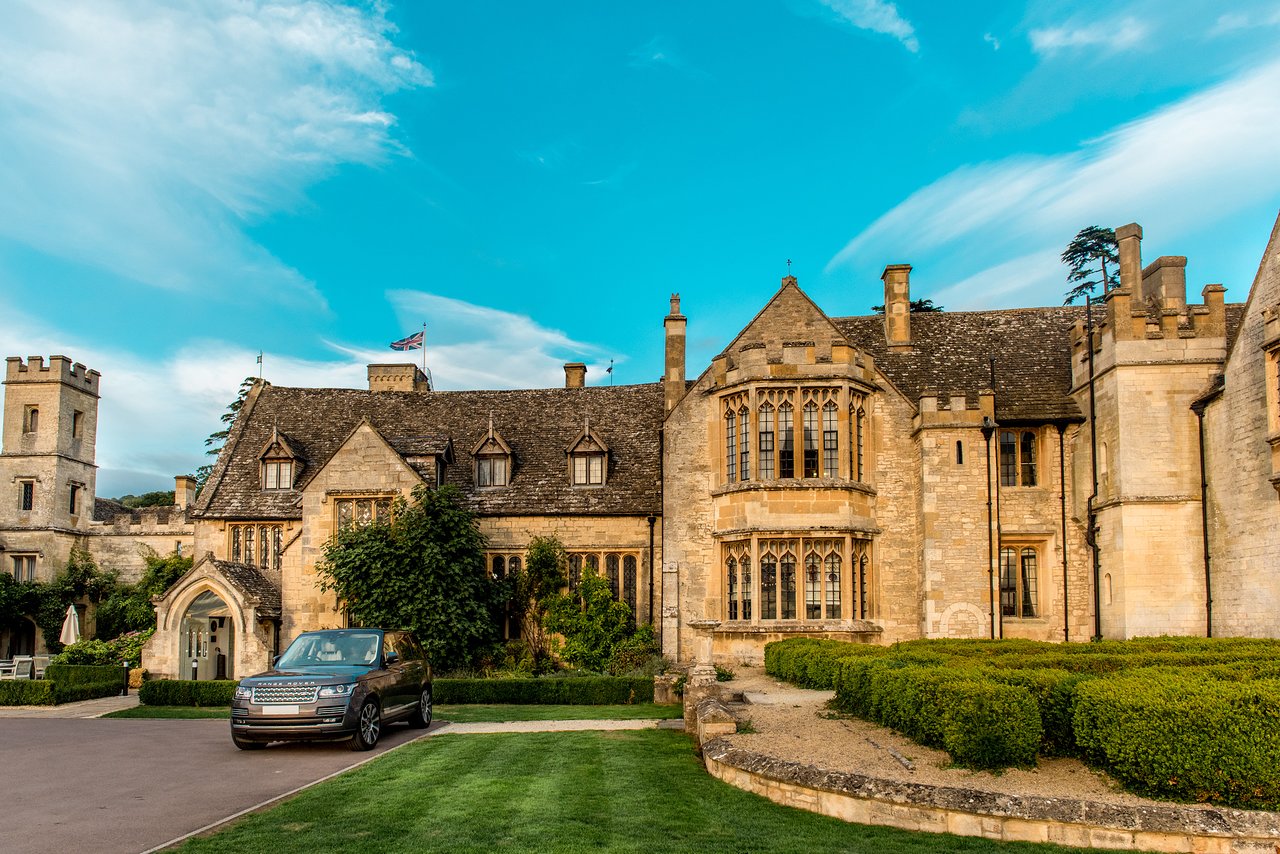 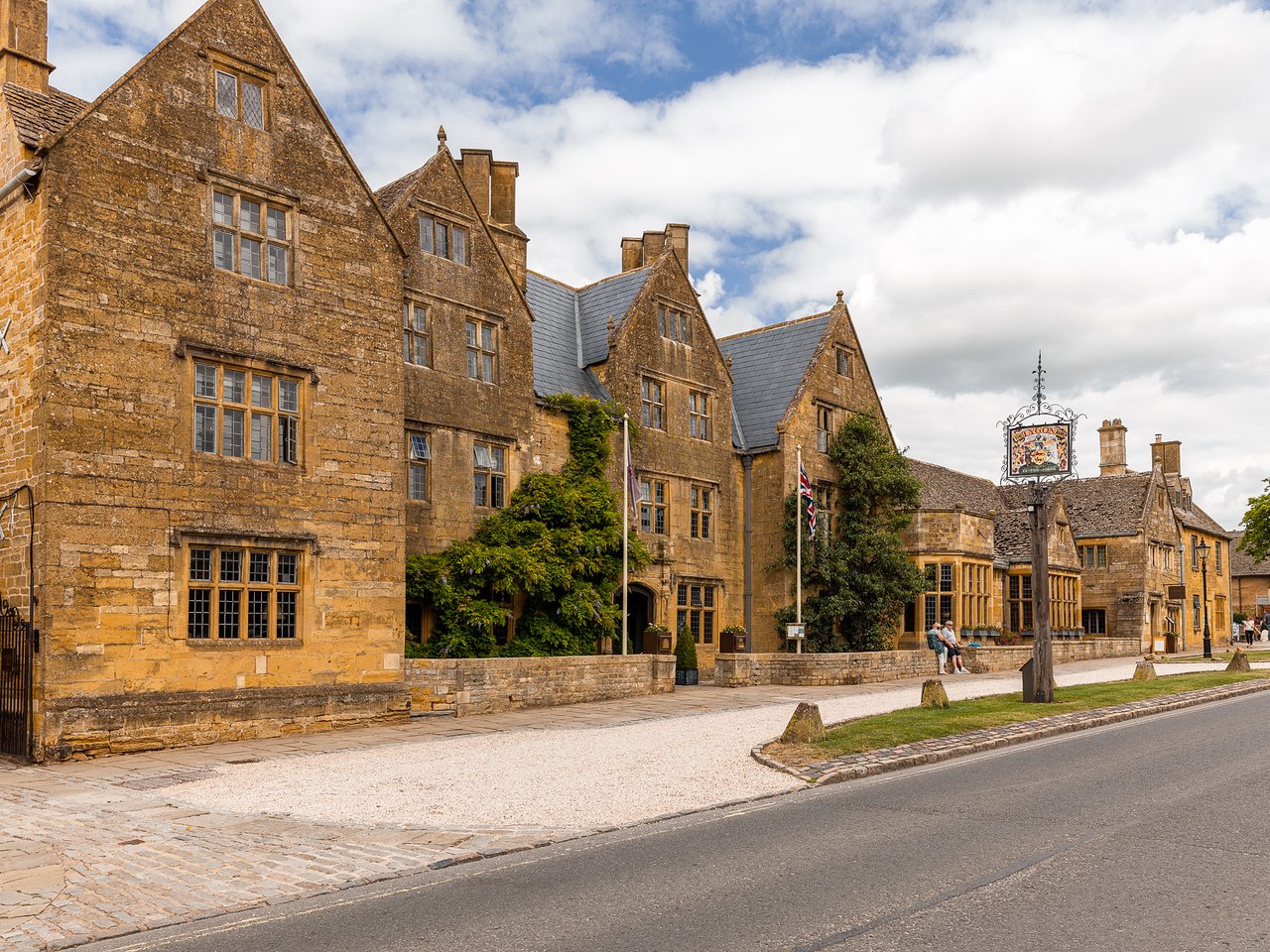 Ellenborough Park is an award-winning, five star manor house hotel in The Cotswolds, situated on the outskirts of Cheltenham Spa. Ellenborough Park is a quintessentially British destination, with a unique streak of individuality and has become synonymous with country retreats, romantic breaks, unforgettable weddings and expertly-executed conferences. Ellenborough Park has been restored to contemporary glory in recent years and is home to two restaurants; the contemporary 3 AA Rosette Beaufort Dining Room and the casual Brasserie.
It offers a luxury collection of 61 rooms and suites for guests to choose from and offers an exquisite culinary and leisure experience in beautiful surroundings. Each room in this decadent Cotswold hotel features bespoke Hypnos beds, luxurious marble finish bathrooms with underfloor heating and obligatory fluffy gowns and slippers. Sleeping spaces are located in four separate buildings – Main House, The Mews, Ellenborough Gate and Woodland Court with suites named after famous racehorses.

Imagine a hotel where roaring log-burning open fireplaces hint at its roots dating from the 1300’s, with a vaulted ceiling and original wood panelling built in the seventeenth century. Visit a hotel that has been coloured by the characters of history. At The Lygon Arms, with its 86 rooms you can stay in the suite that King Charles I once stayed in the night before the Battles of Worcester in 1651. See the carvings of John Travis’ name on the arch of the front door, etched into the hotel’s history in 1620. An historic hotel in the heart of Broadway with a typically Cotswolds history. Dine in Bar & Grill or the Wine Bar, or enjoy a coffee or a Cotswold Gin and Tonic in one of our many lounges. A spa, swimming pool and The Lygon Gardens await you but most importantly the team look forward to welcoming you.

On this day, you will be collected by your driver guide, who will bring you to a local organic cookery school, where you will experience a private hands-on cooking experience.  Your personalized cooking class will include several seasonal recipes (catered to your preferences), a tour of the kitchen garden and a delicious meal cooked by you, to be enjoyed with excellent wine and exciting company.

On this day you will be experiencing an exceptional Cheese & Ale tour of the Cotswolds. Starting off with a visit to a local organic dairy farm in the Cotswold countryside. Milk has been produced at the Farm for centuries milk for the cheese. You will be led through the process and understand how these beautiful cheeses are made; before sampling their award winning products. After the cheese tasting, you will head off to the quintessential villages of Lower and Upper Slaughter and take in these famous Cotswold sites before a relaxing country pub lunch. The afternoon will be a mix of sightseeing and then a visit to a local brewery that has been in operation since 1865. After the tour and visit of the brewery you will have a chance to try a few of their best ales in the cellar and then walk the stunning property with it’s own private river that supplies the water for the beer. This is truly a unique British experience celebrating local Cotswold Food and Ale.

Today you will stepping out of the norm and experiencing first hand a new and thriving industry in England. We have an exceptional wine tour planned for you. You will experience the Cotswold wine tour and tasting in the afternoon after a country pub lunch. The morning would be a tour to suit your interests we could visit the South Cotswolds via Castle Combe and Lacock; if gardens are of interests we’ll visit the incredible Painswick Rococo Gardens; perhaps we could take in Gloucester Cathedral or Berkeley Castle, the options are endless. This experience opens up the South and West of the Cotswolds and offers a unique way of visiting the area and sipping refreshing Cotswold wine along the way!

Depart the Cotswolds and make your way back to London with a stop off at the world famous Stonehenge. The enigmatic circle of upright stones in the middle of the English countryside, in one of the best-known prehistoric monuments in Europe and a Unesco World Heritage Site. After exploring Stonehenge, you will continue to London for the last night of the trip.

Conclude your English journey with a choice of a casual dinner in a Traditional English Pub or fine dining in one of the city’s Michelin Star restaurants. 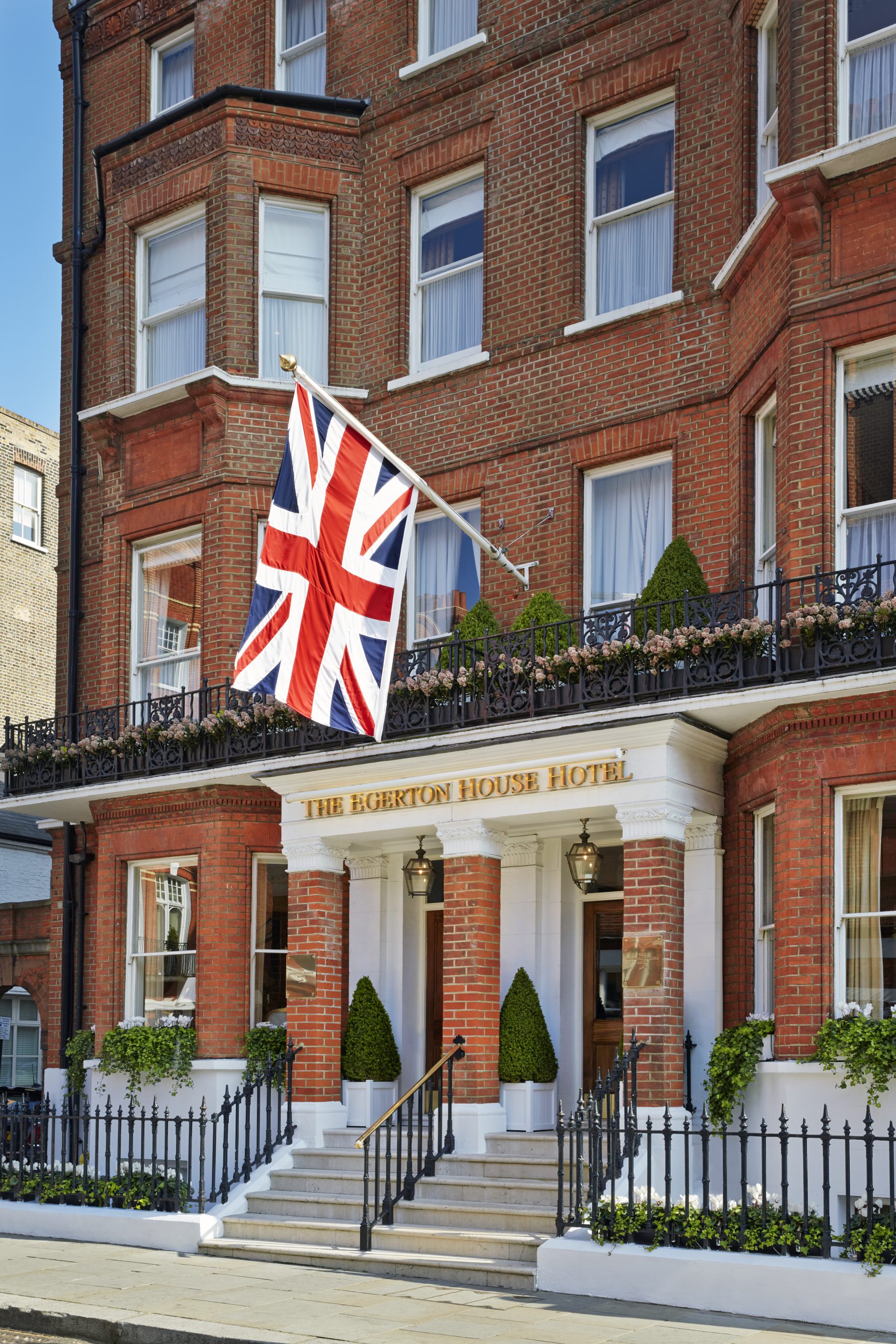 The five star Egerton House Hotel has been meticulously refurbished with style and flair. This luxury townhouse hotel was built in 1843. The Egerton House Hotel is part of the Red Carnation Hotel Collection, situated in exclusive Knightsbridge, with the feeling of a homely private residence. Expect immaculate attention to detail and impeccable service at every turn, with 28 beautiful rooms and a warm and inviting lounge and bar.

located in one of London’s most prestigious areas on a quiet tree-lined street in the heart of fashionable Knightsbridge. Guests will find themselves just a short walk from Harrods, Harvey Nichols, Sloane Street and the Kings Road, making this the ideal base from which to enjoy the best of vibrant London.

A stay at the five star Egerton House Hotel takes you back to a time when service, hospitality, and elegant accommodation were held in high esteem and to this day, the rooms retain the grandeur and exclusivity of the town houses of which they were once part. Each of our 23 bedrooms, 4 studio suites and our elegant master suite are individually designed and beautifully appointed with the latest modern amenities.

Service, quality and luxury are the hallmarks of this boutique hotel, which epitomises style, flair, wonderful comfort and the latest in modern amenities. The atmosphere is stylish and elegant, the service impeccable.

London, The Beatles & the English Countryside

In Residence with the 7th Earl of Erne