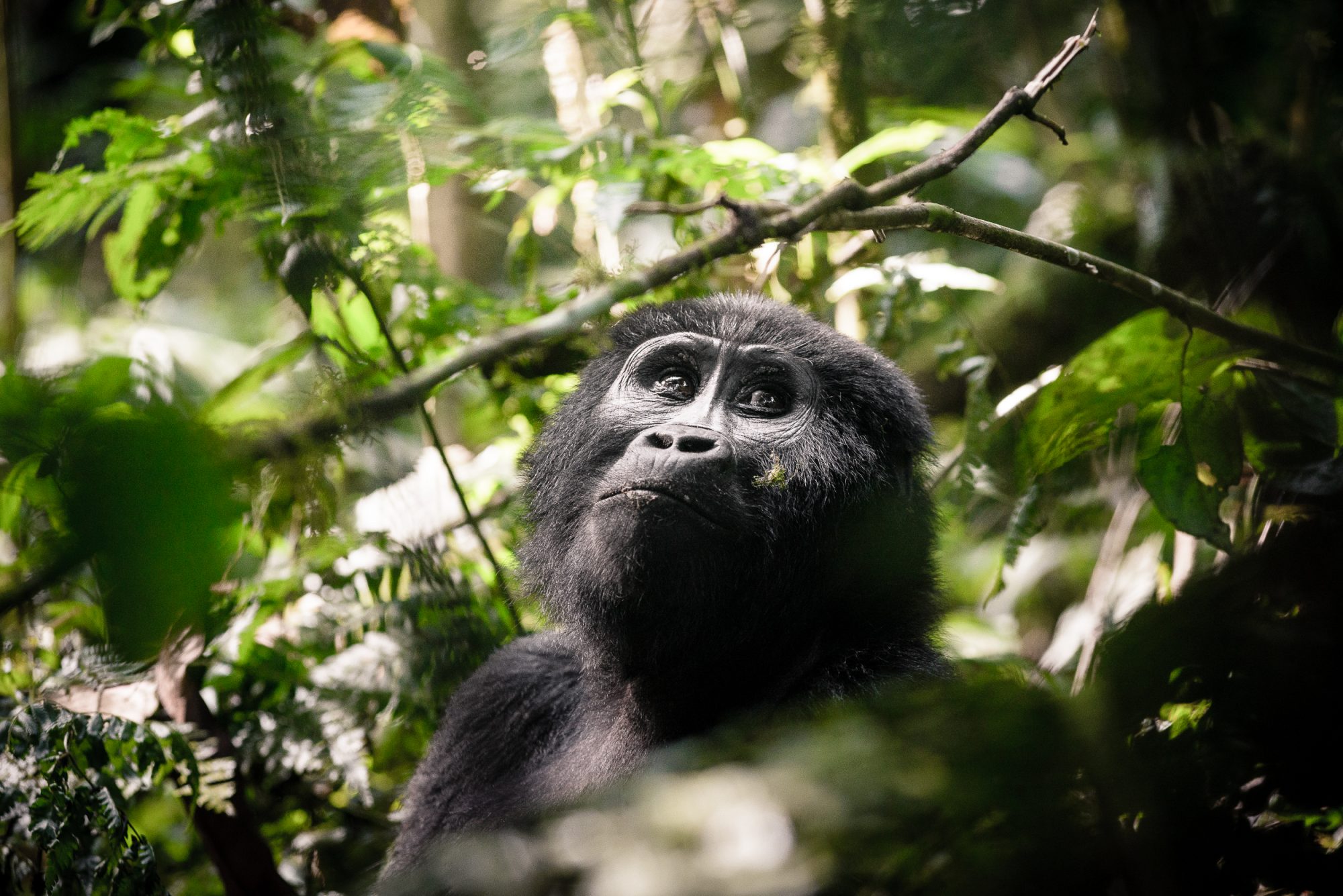 Embark on a 7 night journey through unspolit Uganda.

Experience an all-encompassing seven day adventure into the depths of Uganda. You will Chimpanzee and Gorilla Trek and lodge at luxury accommodation. This journey is perfect for those holiday-goers looking to see the primates of East Africa in a short time frame. 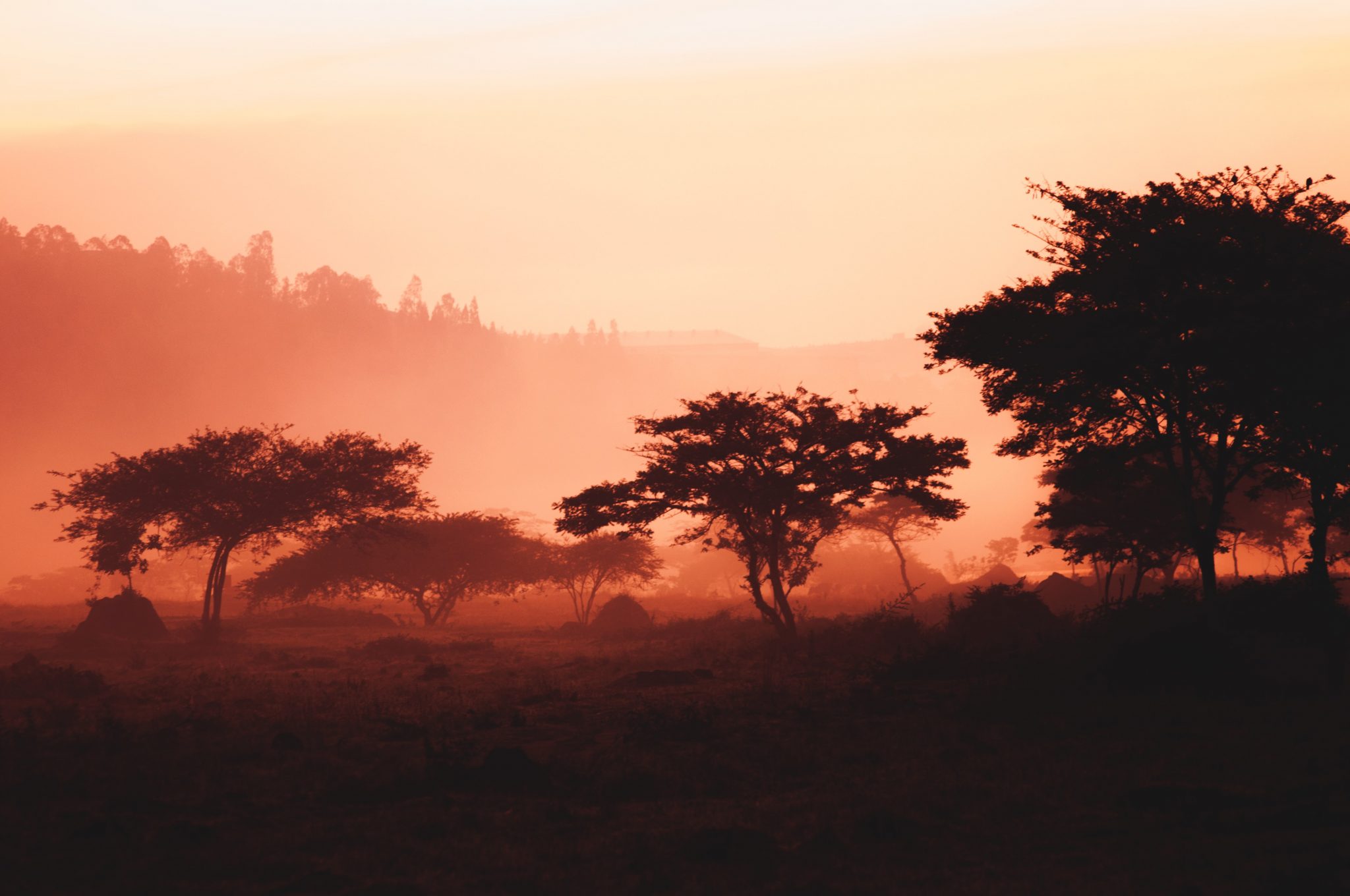 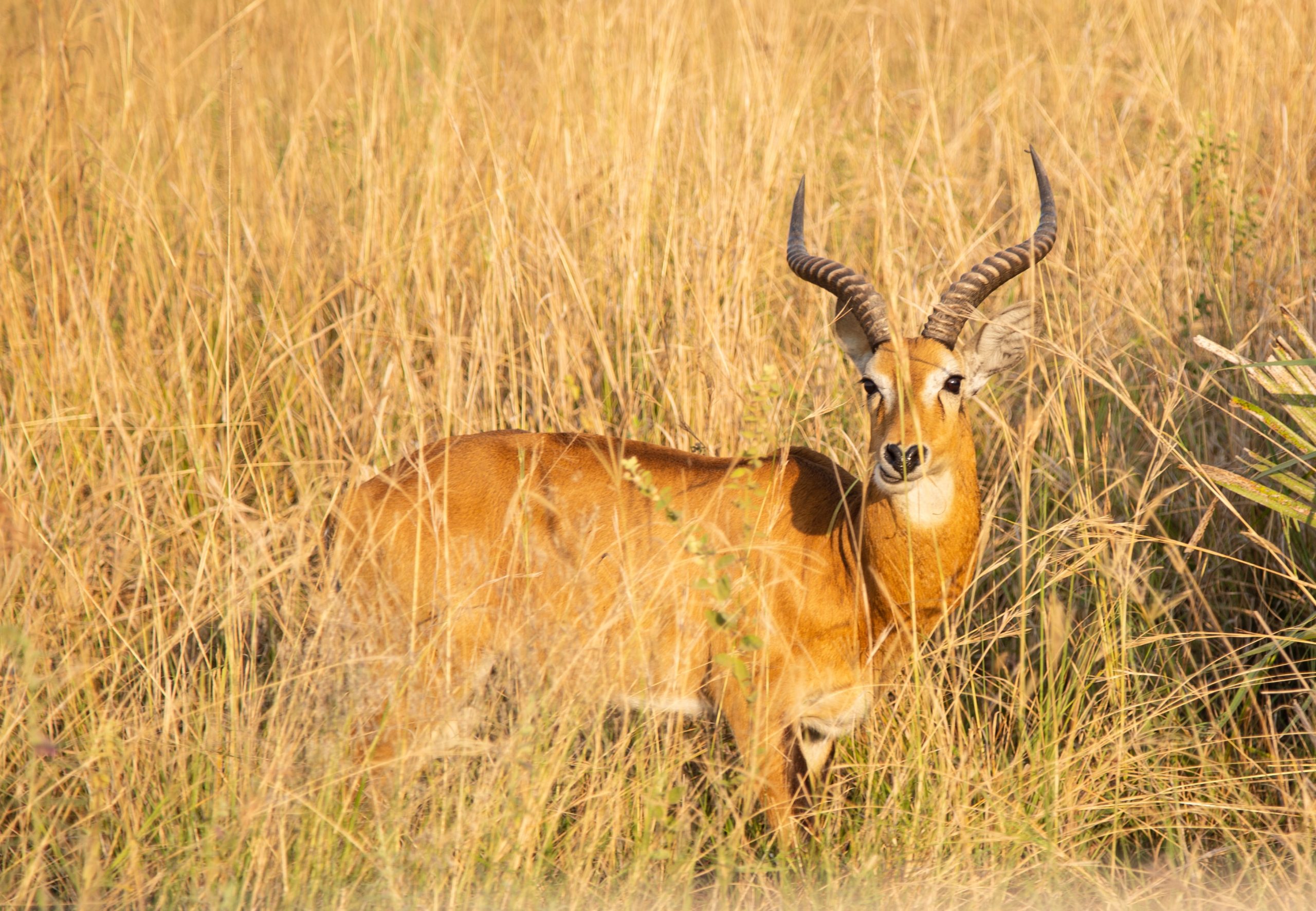 The Boma Hotel is Entebbe’s original and most exclusive hotel, set in tropical gardens in a leafy suburb, a few minutes drive from Entebbe International Airport. Our rooms combine the modern comforts one expects today with the charm and character of the original 1940’s home. The Boma Hotel in Entebbe Uganda is an ideal stopover for all airline passengers, and we will arrange all your airport transfers. Our staff and management team ensure guests receive a personable service and enjoy hospitality standards which are in keeping with the tradition of this charming lakeshore town.

After an early breakfast you will proceed to Kibale National Park. A full day’s drive with brief stopovers en-route passing by tea plantations. The crater lakes were formed rather recently, a mere 8,000-10,000 years ago. Though they are serene, scenic lakes today, they were caused by violent volcanic activity, exploding ash and rock far and wide. It is interesting to note that fire and brimstone still erupted from these explosions as recently as 2,000 BC while the Pyramids in Egypt were being built. Today however, these volcanoes lie dormant, leaving great places for swimming, viewpoints and nature trails, that one can hike surrounded by monkeys, tropical birds, and magnificent sights. 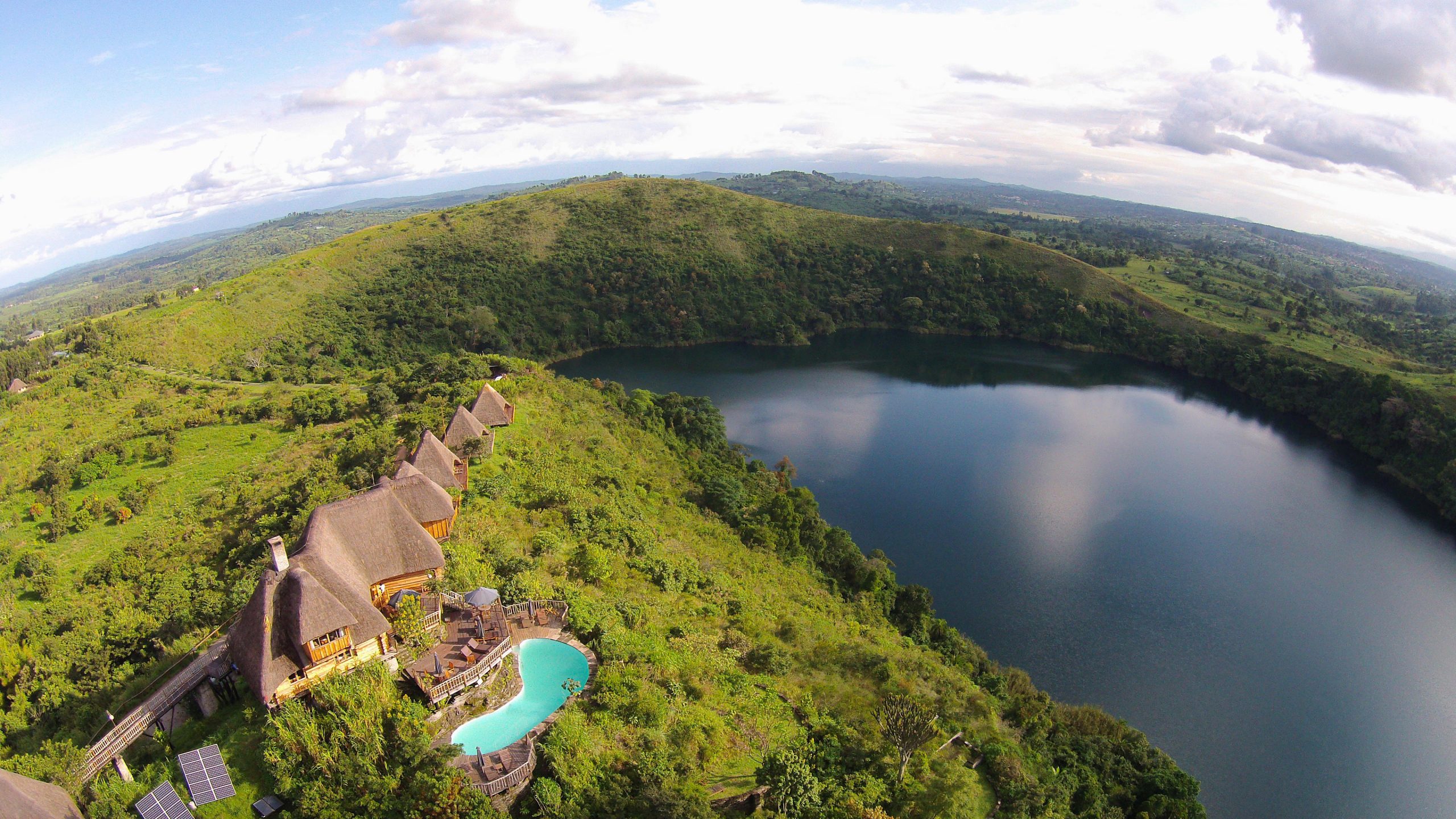 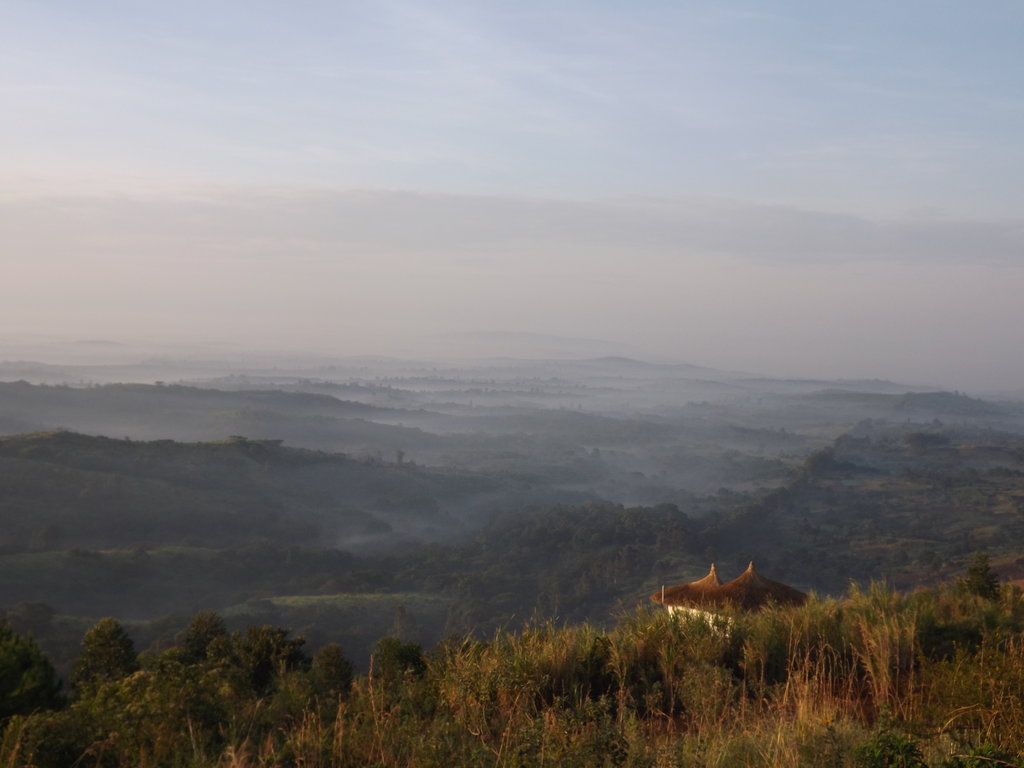 Set against the stunning backdrop of Lake Kyaninga and the Rwenzori Mountains beyond, Kyaninga Lodge is the spectacular result of one man’s vision and six years of unwavering commitment to creating an experience of Africa’s beauty unlike anything else.

You can experience the beauty and romance of this unexplored region, while staying in the height of luxury and elegance. Nine exclusive cottages made from hand carved logs, superb dining, and a wealth of adventures await.The Kyaninga Team is looking forward to welcoming you to Kyaninga Lodge and helping you explore this remarkable region of Africa.

Isunga Lodge is a relaxed, owner-managed lodge in a unique setting overlooking the green expanse of Kibale Forest in Western Uganda.
With magnificent views of this beautiful rainforest, the huge peaks of the Rwenzori Mountains and onwards to Lake George and the savannahs of Queen Elizabeth – we can see 3 national parks all at once.

Isunga Lodge boasts a unique position beside the rainforest and also in the midst of the crater lake area, making it the perfect base for exploration of this wonderful region. Get close to nature, enjoy the great outdoors, meet the community or just slow down and relax in this restorative location.

With just eight simple, stylish cottages spread around our large grounds we offer privacy and serenity, in a natural wild garden setting. You may feel like you are the only ones around. Owners Gerry and Karen are always on hand to help, advise on activities, travel and more, we offer a friendly, personal touch and very warm welcome to our guests.

Embark on a Chimpazee trekking adventure. You will locate the Chimps by listening for their pant-hooting calls, then hustle to the area from which they are calling. You will also see the Black and White Colobus Monkeys, Black faced Red Colobus, Red Tailed Monkeys, Olive Baboons and an incredible array of bird life, including the Great Blue Turaco.

Queen Elizabeth National Park is understandably Uganda’s most popular tourist destination. The park’s diverse ecosystems, which include sprawling savanna, shady, humid forests, sparkling lakes and fertile wetlands, make it the ideal habitat for classic big game, ten primate species including chimpanzees and over 600 species of birds.Set against the backdrop of the jagged Rwenzori Mountains, the park’s magnificent vistas include dozens of enormous craters carved dramatically into rolling green hills, panoramic views of the Kazinga Channel with its banks lined with hippos, buffalo and elephants, and the endless Ishasha plains, whose fig trees hide lions ready to pounce on herds of unsuspecting Uganda Kob.

You will also enjoy a boat cruise on the Kazinga channel.
The Kazinga channel is a wide, 32-kilometre (20 mi) long natural channel connecting the two Lakes; Lake Gorge (which is to the east) and Lake Edward (which is to the west). This channel is among the most important features in Queen Elizabeth National Park (which is the most wellliked game reserve in Uganda covering an entire land area of 1,978 sq km). The channel has the wonderful view of the most important wildlife ventures within Queen Elizabeth National Park. 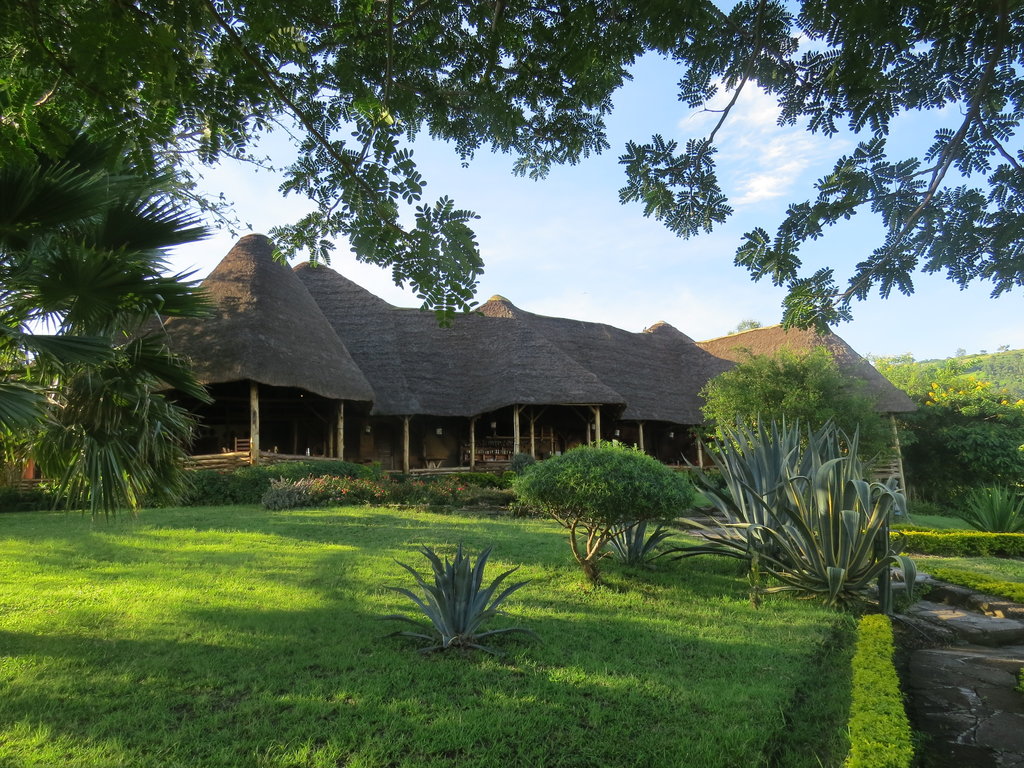 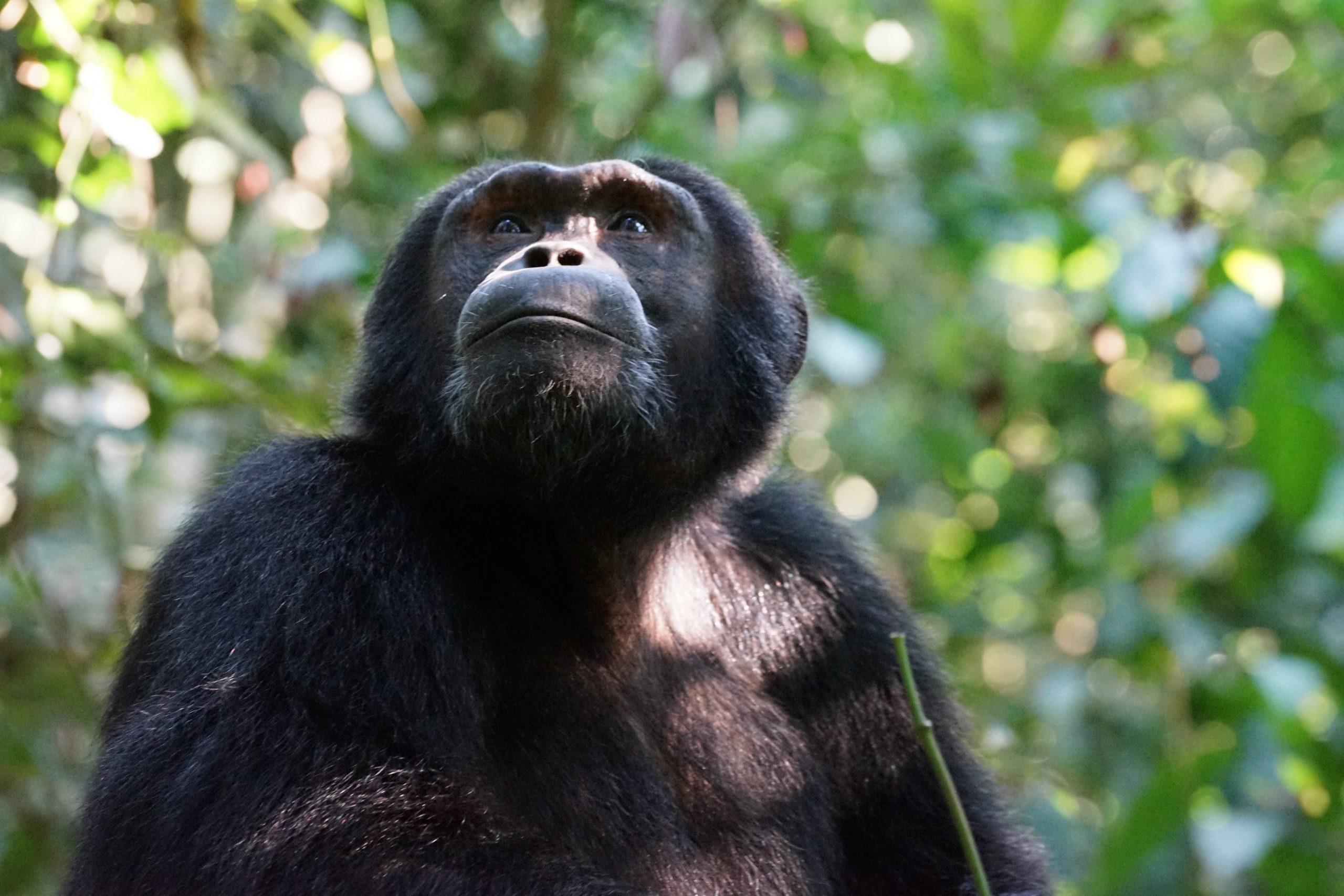 Katara Lodge is situated on the Great Rift Valley escarpment with uninterrupted views of the savannah, Lake Edward and the Virunga and Rwenzori mountain ranges beyond. Katara Lodge is located 16km from the Katunguru gate of the Queen Elizabeth National Park, which is Uganda’s premier safari destination and one of the most biodiverse reserves in the world.

The park’s varied habitats, which include open savannah, dense papyrus swamps, crater lakes, the extensive Maramagambo Forest and the forested Kyambura Gorge, are home to almost 100 mammal species and over 600 bird species.
Katara Lodge is the ideal base from which to explore the park and the many activities it offers, including game drives, bird watching, the famous launch cruise along the Kazinga Channel, chimpanzee tracking in the Kyambura Gorge, and forest walks in the Kalinzu or Maramagambo forests, all of which provide truly memorable wildlife experiences.

At Marafiki the sun rises from behind the dark silhouette of the Kyambura Gorge resting on the far shores of Lake George. As the Savannah Plains come to life – with Elephants moving silently across the savannah grasslands, birds darting between the trees sounding the morning chorus and hippos yawning lazily in the shimmering waters of Lake George – from the comfort of your luxury safari tent, you will be greeted by a truly perfect African morning.

Marafiki Lodge is beautifully situated overlooking Lake George in the Queen Elizabeth National Park in western Uganda. The park spans the equator and is one of Uganda’s most popular tourist destinations; it extends from Lake Edward in the southwest to Lake George in the northeast with the Kazinga channel connecting the two lakes. It covers an area of approximately 1,978 km2 (764 m2) and was named after Queen Elizabeth II.

Bwindi National Park offers a dramatic steeply forested landscape and is incredibly dense, but crisscrossed by numerous animal trails allowing access to tourist. Apart from the gorillas, there are a variety of primates to be seen including the blue monkeys, red tailed monkeys, and black & white Columbus monkeys. The great blue turacos are often seen and even for a non-bird watcher they are marvelous sight.

Bwindi Impenetrable Forest National Park’s 331 sq. kms of montane and lowland forest jungle lies in southwestern Uganda, 540 kms from Kampala. A UNESCO World Heritage Site and accessible only on foot, it is one of the richest ecosystems in Africa providing a habitat for over 90 mammals (including 11 primates), 348 species of birds (including 23 highly localized Albertine Rift endemics), 202 species of butterflies, 163 tree species, over 100 species of ferns, 27 species of frogs, chameleons, geckos and other endangered species. Bwindi is however most notable for her 340 Mountain Gorillas, about half the world’s population of this critically endangered primate. 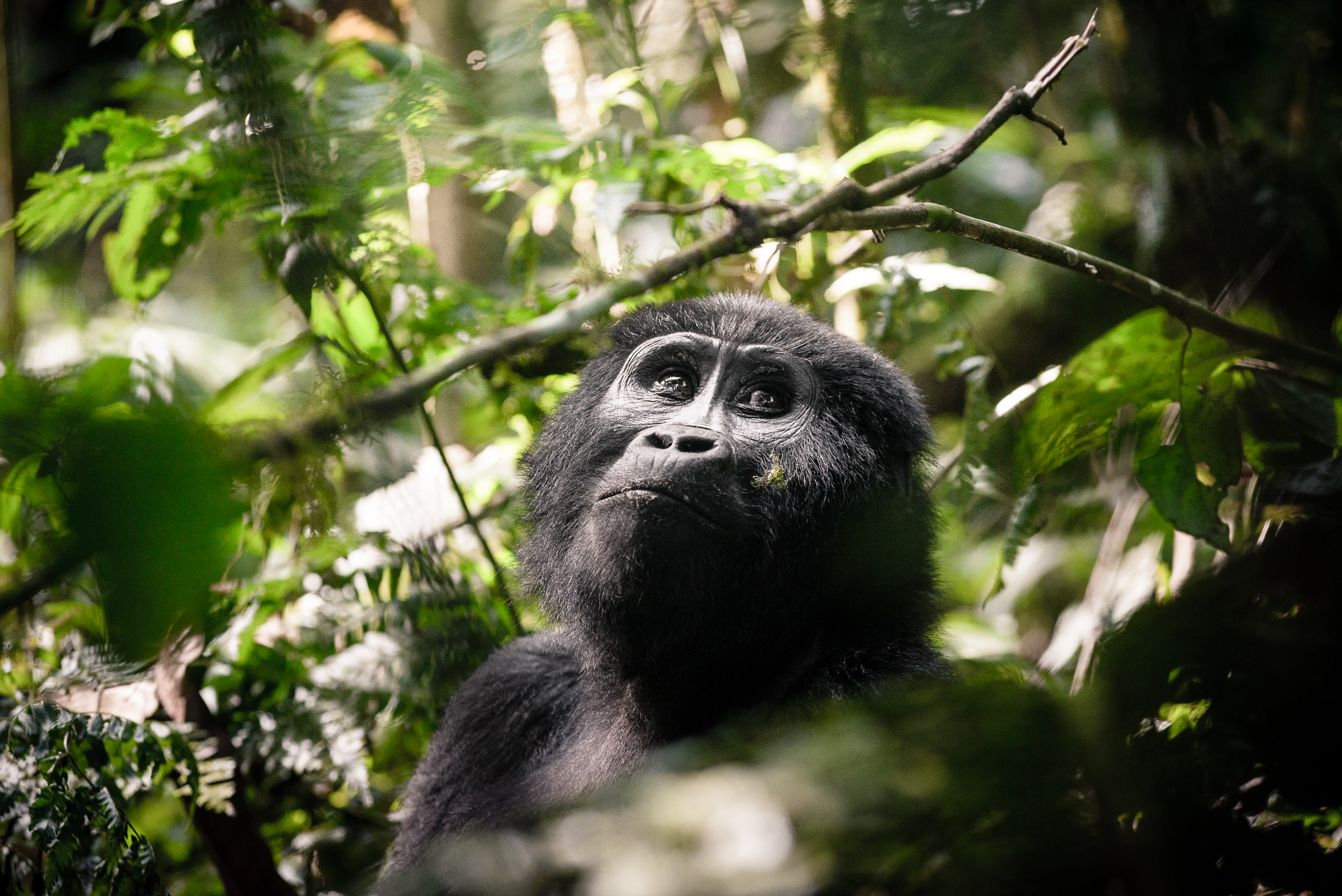 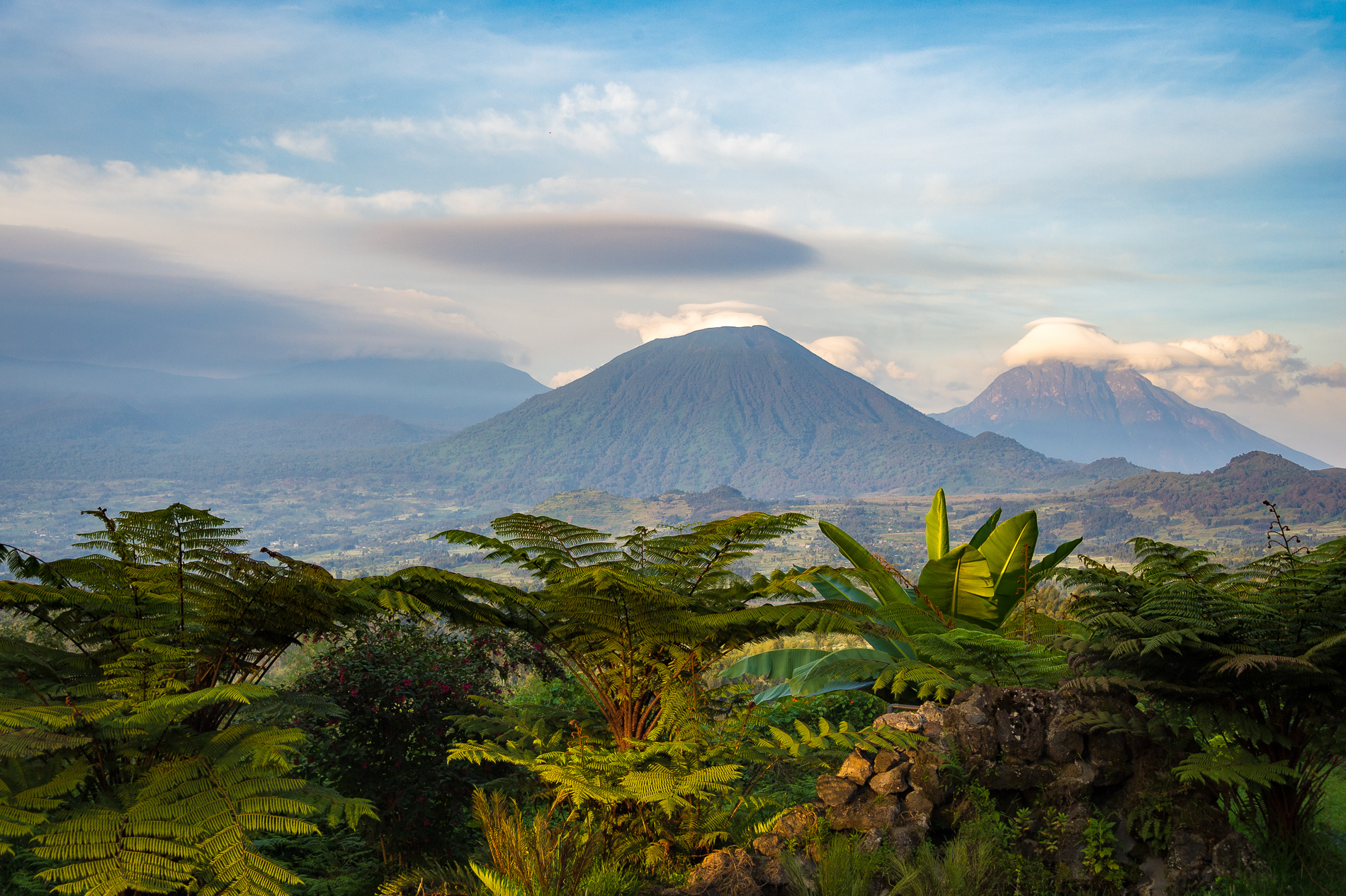 Once-in-a-lifetime encounters with Uganda’s endangered gorillas await when you stay in one of these eight private luxury tents in the heart of the Bwindi Impenetrable Forest.

Ecologically respectful, contemporary-yet-classic in style, Sanctuary Gorilla Forest Camp blends in sensitively with the dramatic African mountain landscape and, situated uniquely inside the national park, you are only minutes away from the start of your gorilla trekking adventure.

Located in one of the remotest areas of Africa, these comfortable canvas spaces are dressed with indigenous prints and furniture made from natural materials. Beds are draped in neutral-toned linens, and local artefacts set a scene that ensures memorable moments both inside and out the accommodation. Each tent has a spacious, stone-walled bathroom with private sections, and a free-standing bath for a relaxing soak after a day’s trekking. The trees around the camp light up in the morning when the sun starts shining, and thanks to there being so few tents, the camp retains an intimate, exclusive feel, enabling you to experience Africa’s magic with the lightest of footprints yet with practically every mod con.

Set on the edge of the Parc National des Volcans in a lush green property of 11 hectares, Sabyinyo Silverback Lodge enjoys fabulous and dramatic views of the surrounding volcanoes.

All guest cottages are discretely situated in the folds of the hills and amongst the verdant vegetation of the Sabyinyo property. Each beautifully appointed ensuite cottage, with its country-chic style and open log fires, is a perfect haven of warmth and luxury. The main lodge building is designed with the guest in mind. Assorted seating areas in the main lounge, reception and entertainment room provide for intimate privacy, or the opportunity to meet other guests, and open-log fires throughout create a luxuriously warm and inviting atmosphere.

Sabyinyo Silverback Lodge is an exciting combination of a world-class lodge and a financial source driving socio-economic development and conservation initiatives in the areas adjacent to the Parc National des Volcans.

A Week of Wild Adventure in Kenya