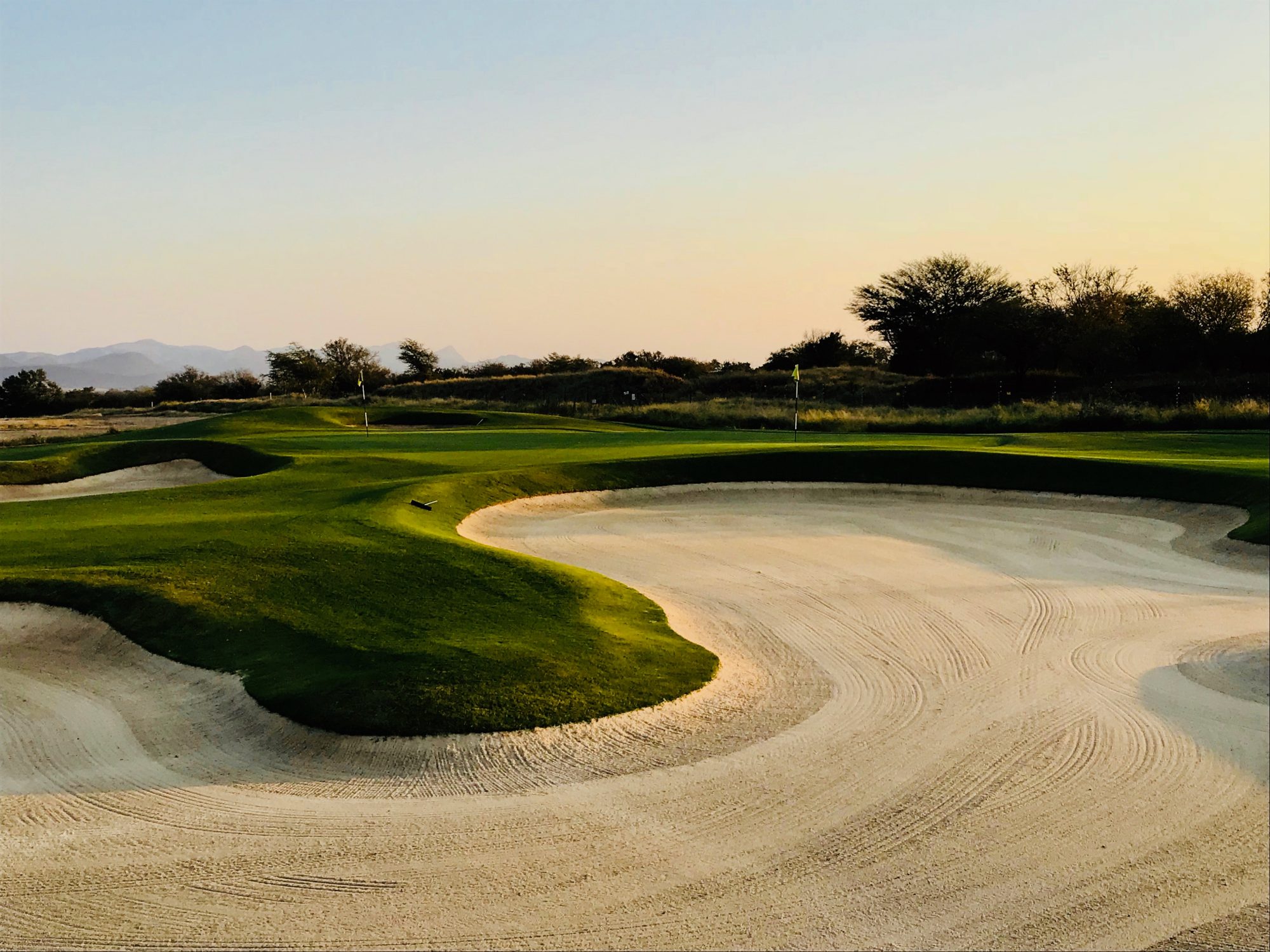 Experience the best of South African golf with all the best perks - wine, leisure, city break, and safari.

Commence your journey at Fancourt, where you’ll play the #1 and #2 ranked courses in South Africa. Next it’s down to Cape Town then on to the Cape Winelands and finally the Kruger Park. At each stop, partake in superb golf, visit unmissable highlights from Table Mountain and Cape Point, taste award-winning wines and an unforgettable Big 5 safari. 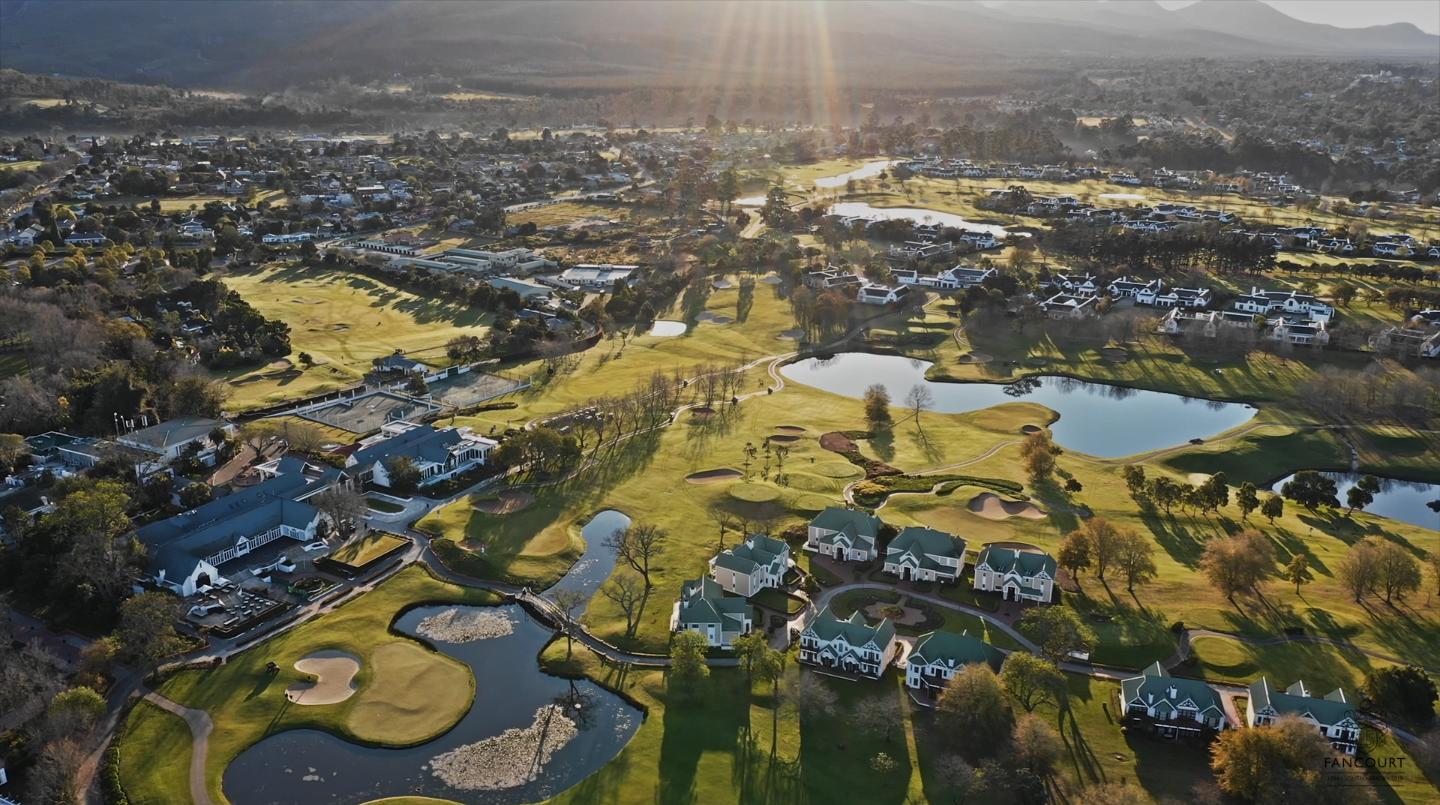 Situated in the heart of Kenya, the Fairmont Norfolk Hotel offers a sophisticated retreat that is within easy reach of world-renowned wildlife centres, golf courses, and museums. The luxurious rooms and suites are tastefully furnished and include en-suite bathrooms, armchairs, work desks, and plasma screen TVs. The hotel offers four dining establishments featuring a variety of cuisines, as well as an all-day dining restaurant. Guests can enjoy leisurely walks through the tropical gardens, have a splash in the pool, work out at the fitness centre, or enjoy relaxing massages and treatments at the spa. 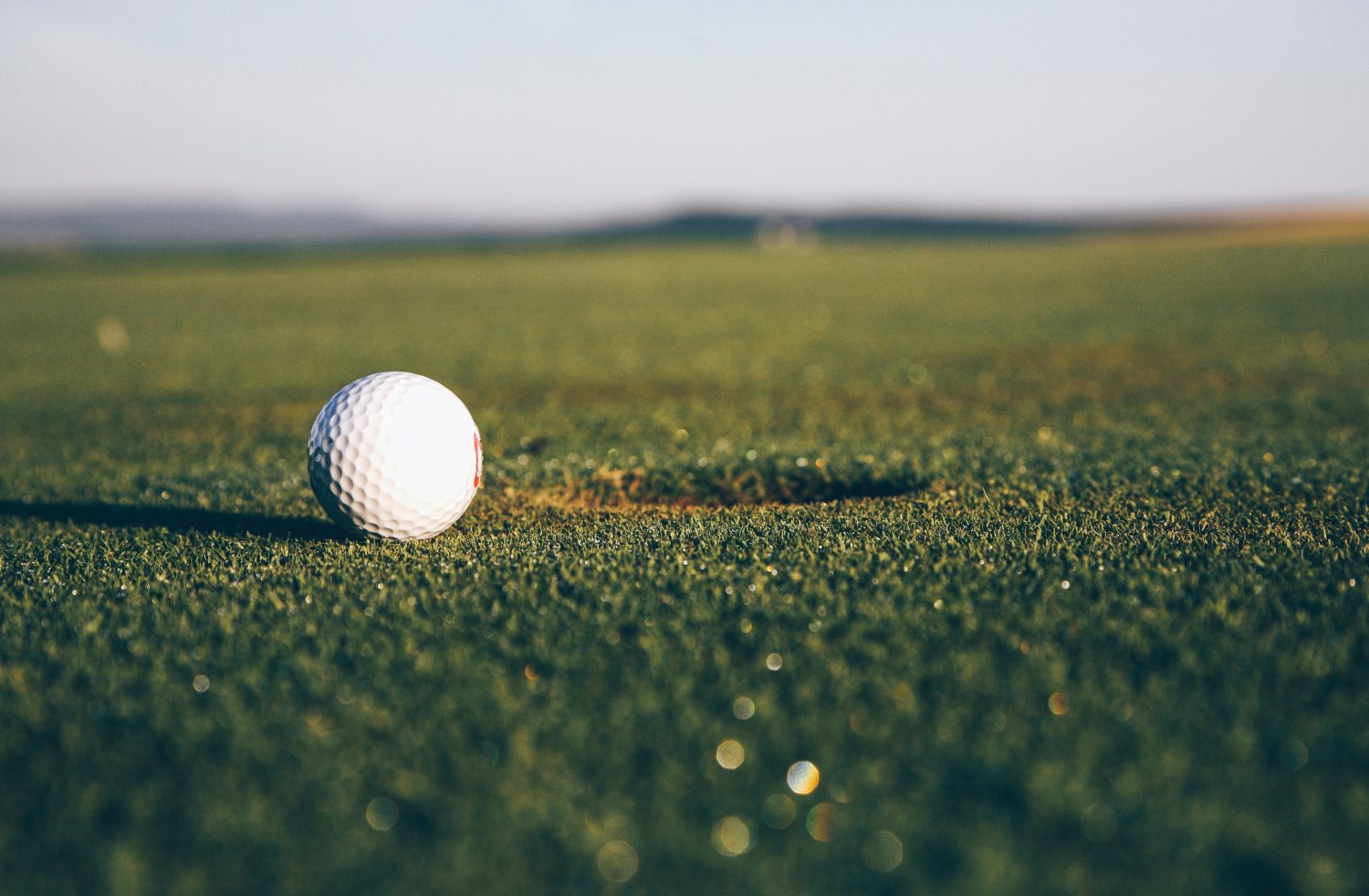 Partake in rounds of golf at your hotel, The Fancourt. Not only will you play the Fancourt Montagu and Pezula Championship courses, but also you will take your shot a the Links at Fancourt. Sculpted into what Gary Player has described as his greatest feat as a course designer, The Links is the golfing hallmark of Fancourt. Featuring an undulating, windswept terrain and dune-style landscape, the course is the collaborative handiwork of golfing icon, Gary Player, course designer, Phil Jacobs and its owner, Dr Hasso Plattner. The Links is currently ranked as the number one golf course in the country by Golf Digest South Africa, and 38th in Golf Digest US edition’s list of the world’s 100 greatest golf courses that compared 464 courses from 18 countries around the globe. Transformed from an airfield into an amazing piece of environmental and golfing heritage, The Links has hosted some of the most prestigious tournaments in the world, including the Presidents Cup (2003), the SA Open (2005) and the 2012 Volvo Golf Champions European Tour. Inspired by the famous links courses of the British Isles, The Links is considered a masterpiece and plays host to a range of global golfing legends including John Bland, Justin Rose, Retief Goosen, Branden Grace and Ernie Els. 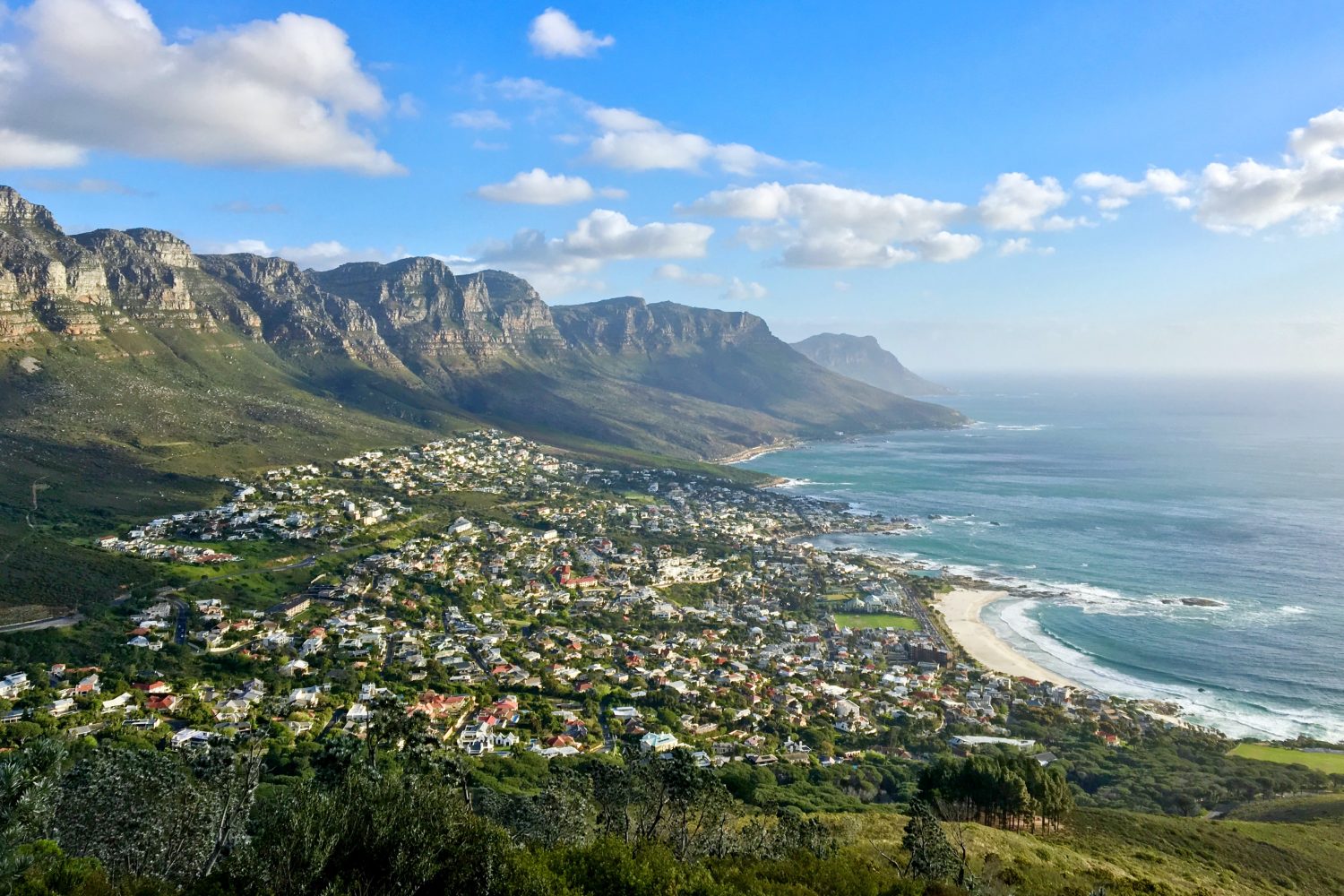 Venture to Cape Town. Resting at the confluence of the Indian and Atlantic oceans, situated between the slopes of the iconic Table Mountain and the glistening sapphire waters of Table Bay, the exceptionally scenic city of Cape Town is in a class of its own. Some cities boast rich culture, vibrant nightlife, a cosmopolitan atmosphere and extraordinary architecture, while others boast breathtaking landscapes and extraordinary natural wonders. Cape Town is fortunate to be blessed with all of these attractions and so much more. With its bustling harbour, world-class beaches, top-notch vineyards, and its mountainous surroundings brimming with diverse flora and fauna, Cape Town consistently captivates the hearts of all who visit. 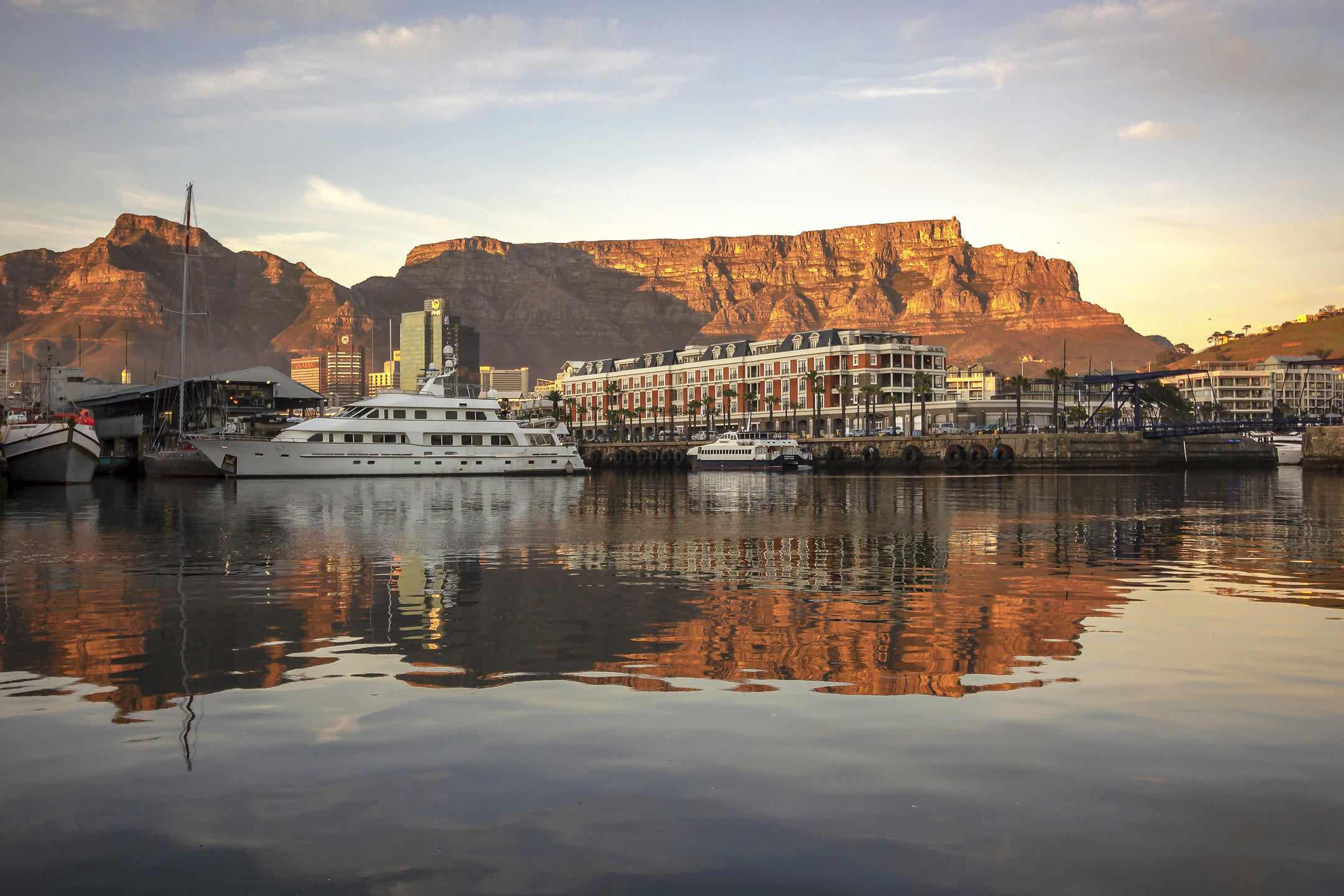 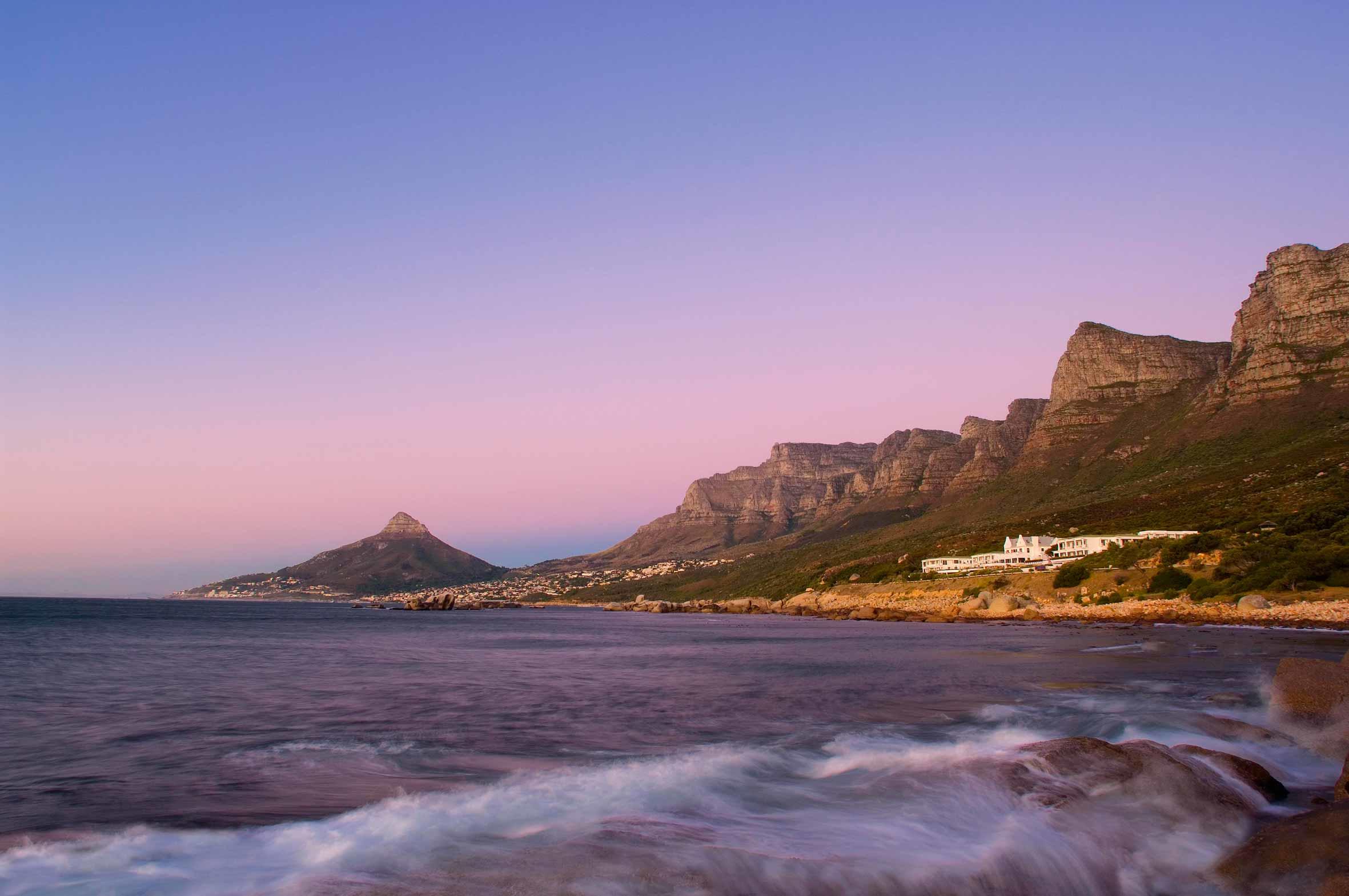 Situated on a private quay uniquely poised between Cape Town’s vibrant V&A Waterfront and the tranquil yacht marina, Cape Grace’s location is unrivalled. Near to the cosmopolitan city centre and crowned by Table Mountain, there is no better place from where to soak in the natural splendor of our Mother City and enjoy the very essence of Cape Town living at its best, while assured of your privacy and security.

Elegance and warmth are our hallmarks, made evident in every fine detail, from our welcoming reception to our luxurious harbour and mountain-facing rooms.

Inspired by tales of the Cape’s richly storied past, our stylish interiors create a unique sense of place. Hand-painted fabrics, intriguing artefacts and original antiques weave stories throughout each distinct floor, while local paintings and sculptures lend a contemporary flair to the atmosphere. Bright bouquets of Proteas, that hint at the wonder of the Cape’s rarest natural botanical kingdom, enrich each generously sized room with their array of colours and textures.

The Twelve Apostles Hotel and Spa stands at the edge of the world. On one side, a line of majestic mountains – The Twelve Apostles – reaches towards the heavens; on the other, the sun sets on breeching whales, playful dolphins, and crashing Atlantic rollers. And all around, you can walk the wilderness trails of the Table Mountain National Park. We’ll even pack you a picnic.

And yet this luxury 5-star boutique hotel is just a few minutes from worldly, cosmopolitan Cape Town. City-centre theatres and art galleries, plus the shops and restaurants of the vibrant Victoria & Alfred Waterfront are only 15 minutes away via our complimentary car transfer service – quicker still if you use our helipad.

Nearest of all is the elegant area of Camps Bay with its beautiful golden beaches. Or, if you prefer adventure to sun-soaked relaxation, we can arrange sea fishing, shark and scuba diving, or whale watching trips.

Further afield are the Cape Winelands (private tours by arrangement), notably the town of Hermanus where you can visit one of SA’s leading boutique vineyards, Bouchard Finlayson, see whales from the shore and, beyond that, the ancient tip of Africa where the Atlantic and Indian oceans meet.

Take today to play a round at the Steenberg Golf Club. The Steenberg Golf Club is rated as one of the top three courses to visit in South Africa, while the Estate itself has earned global recognition as a flagship residential address. Situated mere minutes from the Cape Town city centre, Steenberg is a first-class destination for fine dining, wines of origin and luxury hotel accommodation. Steeped in the Cape Dutch tradition, history has an elegant, almost tangible quality at Steenberg. Nestled in the crook of the Constantiaberg Mountains, the Estate is a piece of time-crafted perfection some three centuries in the making.

Depart Cape Town for the Winelands. Resting at the foot of the Boland Mountains, the Cape Winelands is renowned for producing some of the world’s finest wines. The breathtakingly beautiful landscape boasts incredible mountain scenery and numerous luxury wine farms laden with vineyards stretching across lush fertile valleys. Visitors can look forward to a variety of wonderful activities including: exploring a collection of historic little hamlets and towns dotting the countryside, sampling a wide selection of world-class wine at a historic Cape Dutch farmstead as well as many other wine estates; and enjoying a network of hiking and biking trails traversing the picturesque landscape. While the wine is undoubtedly the highlight of the region, visitors can also enjoy a meal at some of the country’s best restaurants offering delicious food and wine pairings. 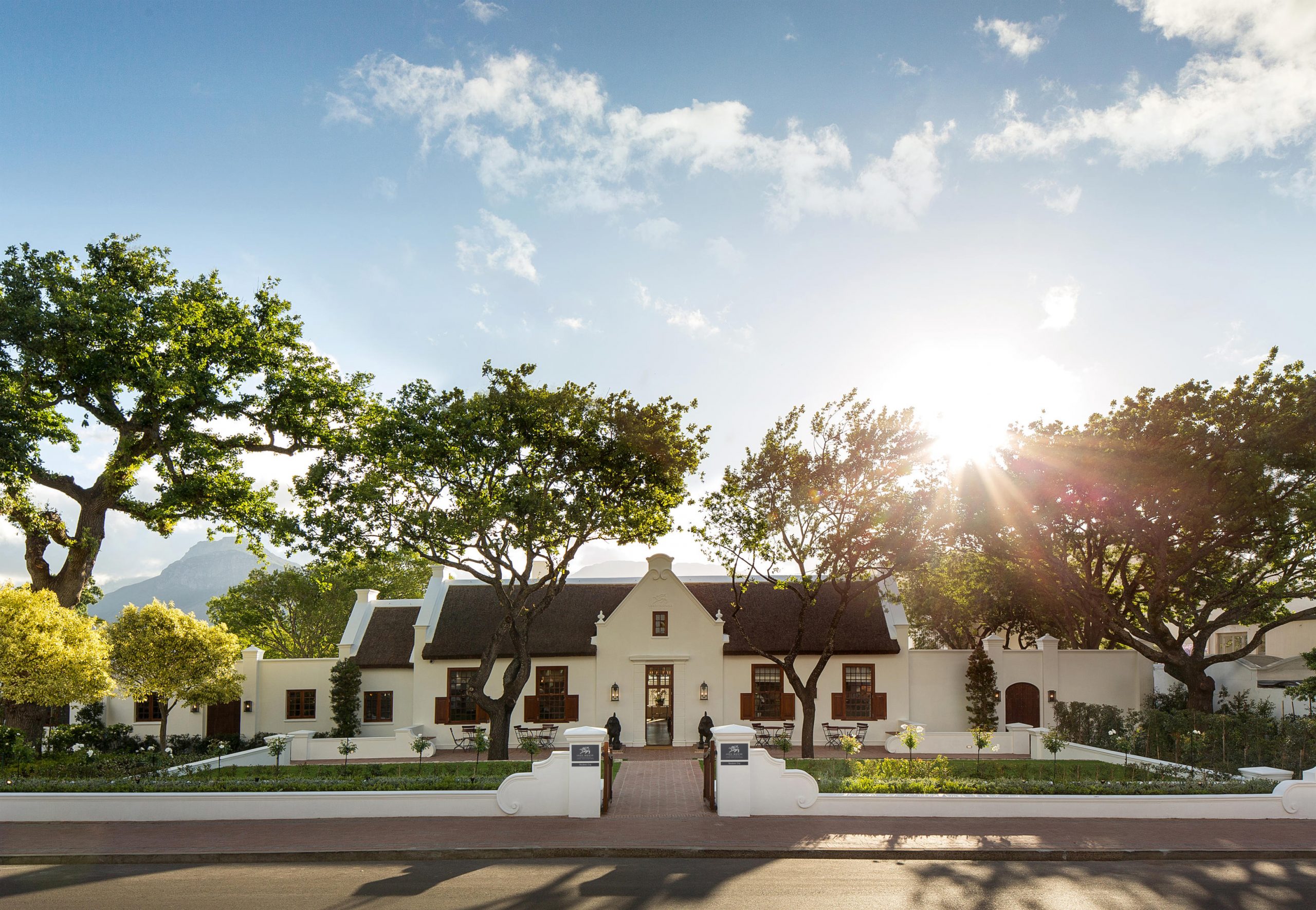 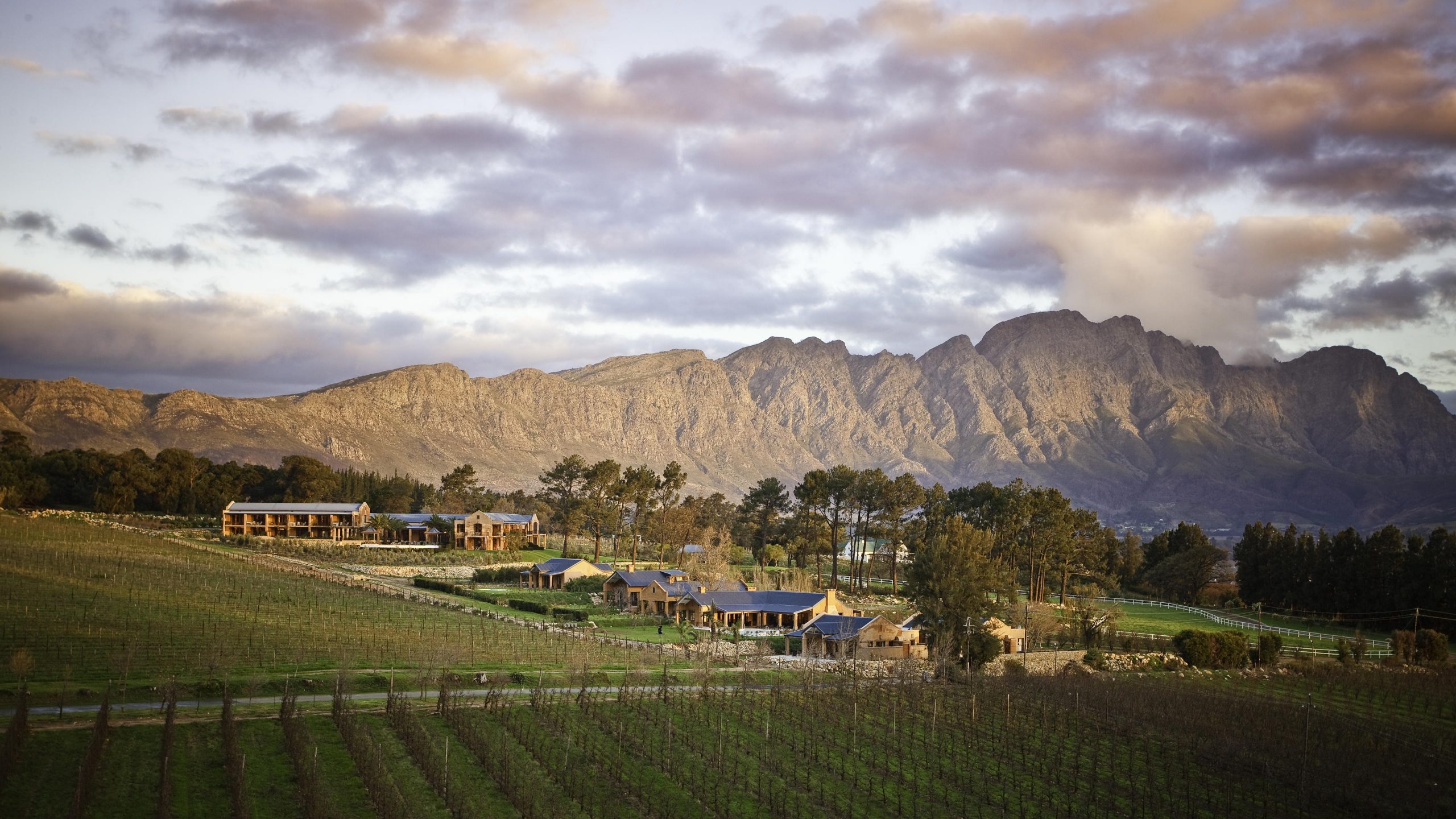 Leeu House, an exclusive and private 12-room five-star destination, is the second property in the Leeu Collection, in the scenic Franschhoek valley. An oasis of comfort and luxury, Leeu House’s appeal is its country guesthouse feel on the main street of vibrant Franschhoek village, within easy strolling distance of award-winning restaurants, art galleries, boutiques and many other attractions.

La Residence is situated in the Franschhoek Valley on a 30-acre estate filled with vines, fruit trees, flowers and herbs. It is a romantic and indulgent paradise whose magnificent interior is filled with rich fabrics, wonderful artwork and antique furniture.

Five minutes’ drive from the charming curio shops and galleries of Franschhoek village, the hotel provides complimentary transfers so guests can explore at their leisure. There are excellent village restaurants to try as well as a range of activities from horse-riding to chocolate-tasting.
Service is warm and personalized: an atmosphere of ease and relaxation pervades. Fresh produce from the garden and fine local wines create memorable dining experiences.

This Winelands haven has all the ingredients for an inspiring and restorative stay.

A stone’s throw from La Residence, in a tranquil vineyard setting, five Vineyard Suites offer spacious accommodation in a variety of configurations for up to 20 guests, including children of all ages. There are stylish rooms for dining and relaxing and luxurious bedrooms with marble en-suite bathrooms. All have private terraces and gardens; four have their own pools. Complimentary drinks and snacks, wide screen televisions and DVD players create a homely feel.
Guests dine either in their suites or the central Terrace Room, beside a fire or the stunning double rim-flow pool. An open kitchen allows full interaction with the chef; the Sitting Room is cosy with bar and wide-screen television.

The Vineyard Suites offer complete flexibility, comfort and superior service to make holidaying with family and friends effortless and enjoyable. 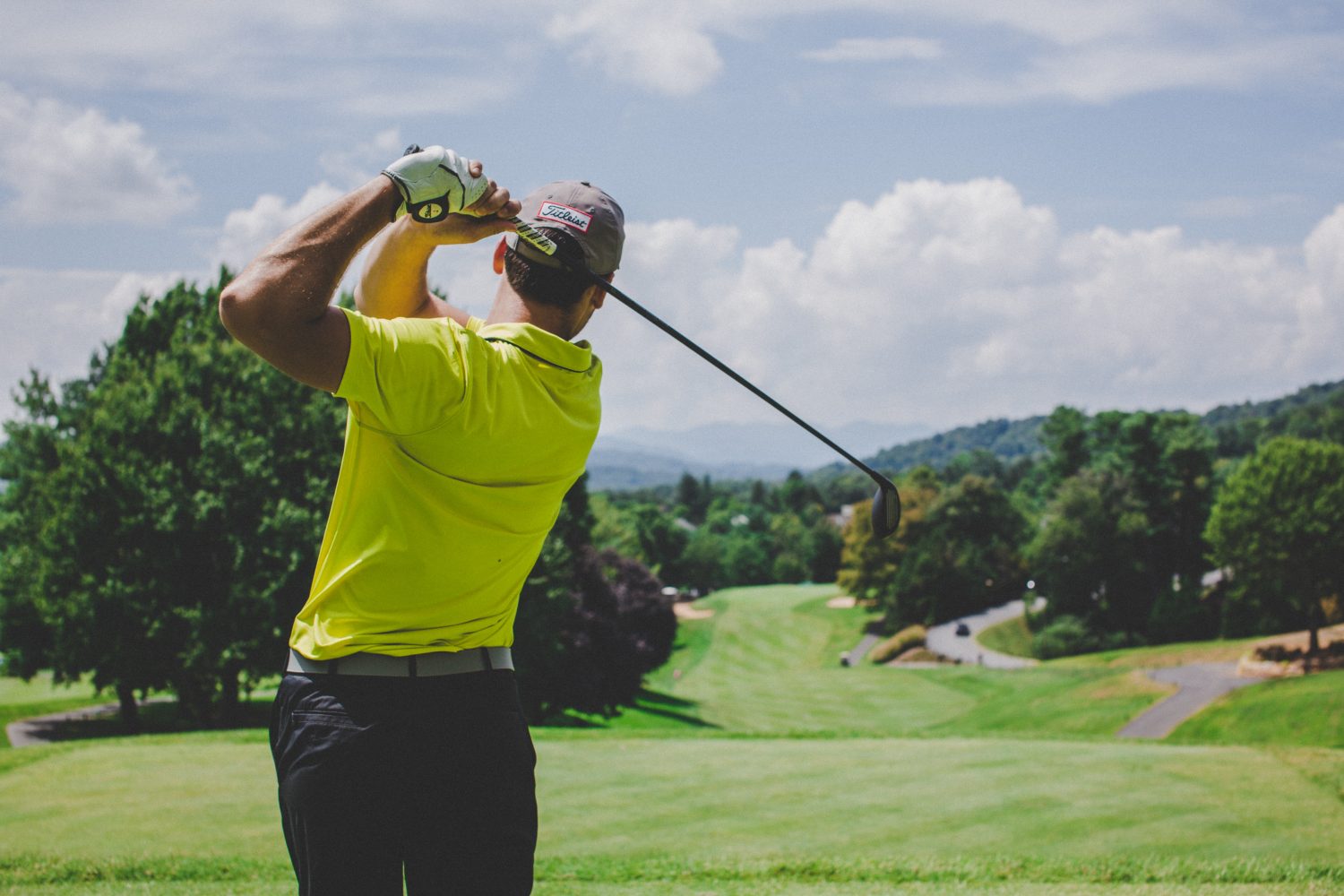 Enjoy a round of at the Pearl Valley Jack Nicklaus Signature Golf Estate. The majestic Simonsberg and Drakenstein Mountains provide a dramatic backdrop to one of Val de Vie’s most notable features: the acclaimed Pearl Valley Jack Nicklaus Signature golf course, which was shaped by the golf legend himself. Nicklaus’ unique touch is evident throughout the course and as such, it was recognised as one of the top 10 courses in South Africa for 10 consecutive years by Golf Digest magazine.

Experience the the magic of the Winelands today. Explore Stellenbosch, Franschoek, Huguenot Memorial, and the Paarl Wine Region.

Depart the Cape today for the safari aspect of your holiday, as you make your way to Southern Kruger. The southern area of South Africa’s most famous game reserve is separated from lush farmland by the Crocodile River, a popular spot for lazy crocs, playful hippos and thirsty animals. The game viewing area is known as the ‘Southern Circle’ and is renowned for its rhinos and lions, of which there are different prides with definitive hunting techniques and behaviours. Also found here, near the Hippo Pool, are ancient San rock paintings. 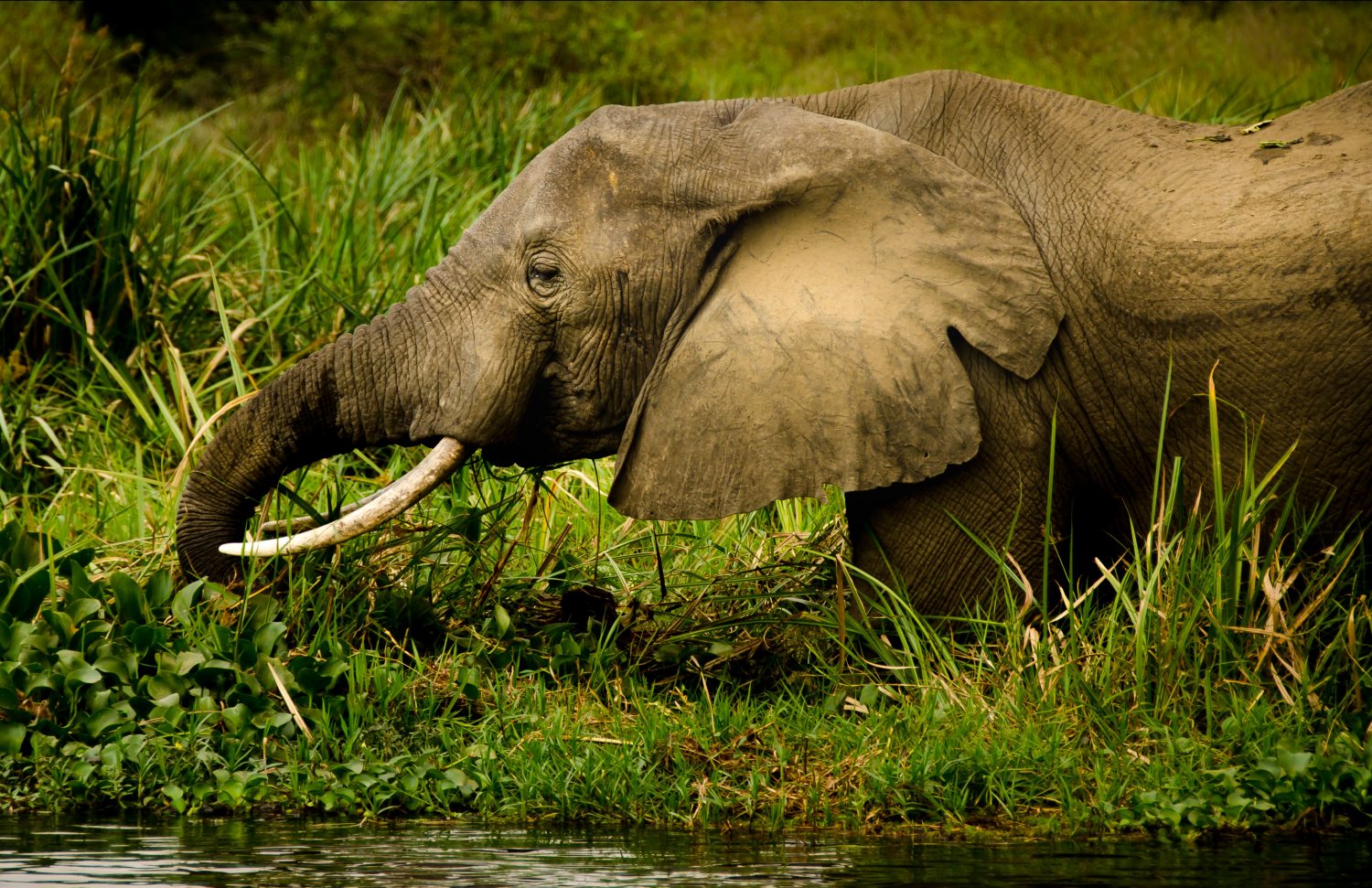 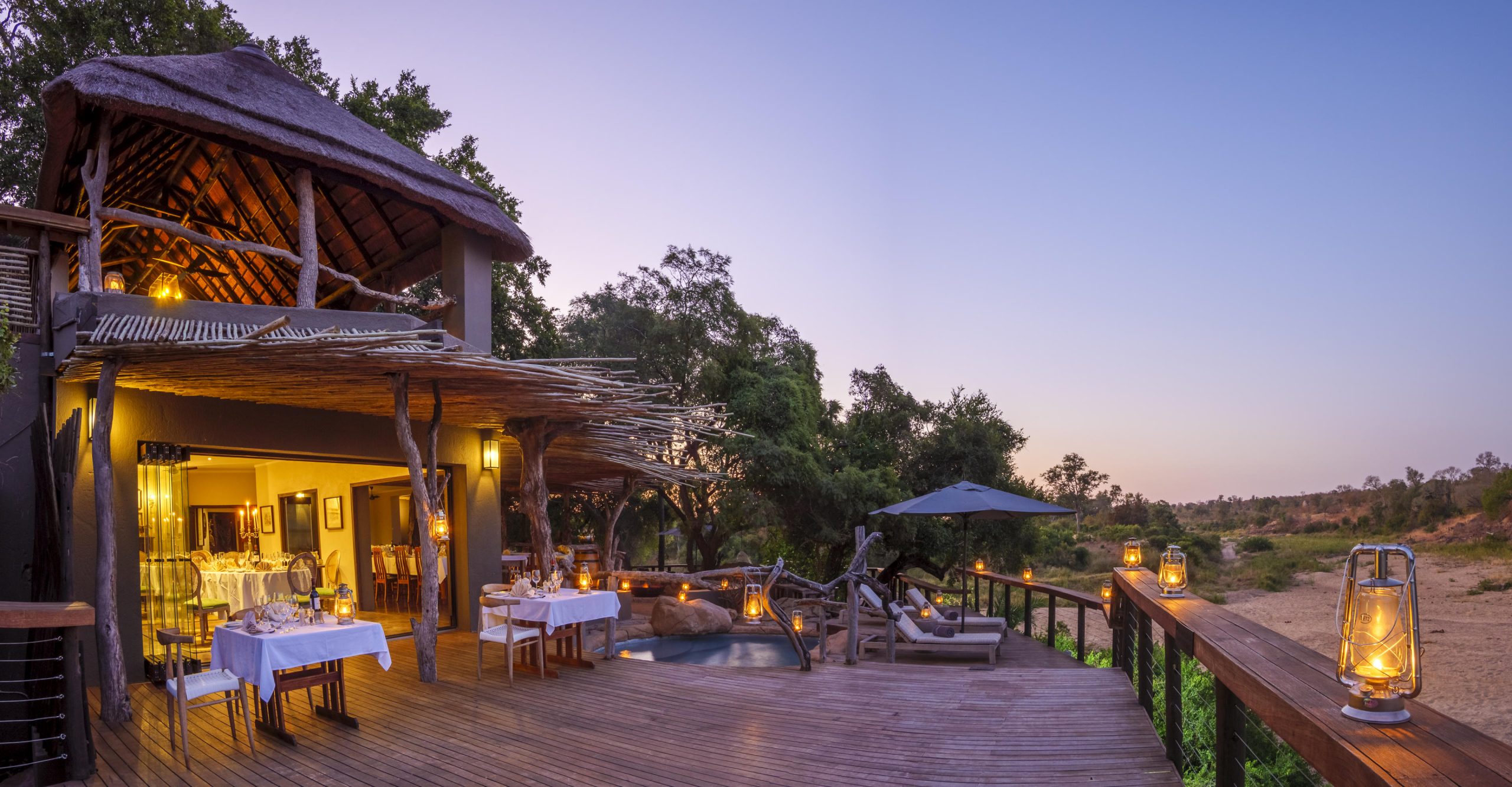 Jock Safari Lodge is nestled where the Mitomeni and Biyamiti rivers flow as one, situated in the south-western corner of the Kruger National Park. The lodge offers 6,000 hectares of exclusive traversing rights in an area of the park which is celebrated for the Big Five game viewing.

Jock Safari Lodge is carefully screened by lush trees and reed walls, the 12 individual thatched rooms at Jock Safari Lodge, impart a sense of aloneness and oneness with the landscape.
Morning and evening game drives are performed in covered 4×4 Landrovers conducted by highly experienced rangers in the legendary Kruger National Park.

Today, partake in a safari game drive as well as play a round at Leopard Creek Golf Club. Golfing hazards take on a new dimension at Leopard Creek, for much of the water is home to the magnificent creatures for which the river is named, crocodiles. The 505 meter par-five 13th is one of Leopard Creek’s most memorable holes. Here the green is right on the edge of the Crocodile river but 32 meters above the level of the water, offering magnificent views up the river and into the Kruger Park. Gary Player is especially proud of the par-five 18th with its island green and the par-four 9th with its peninsula green jutting out of the same body of water.

SECRETS OF EGYPT & THE NILE

A Family Affair in Kenya